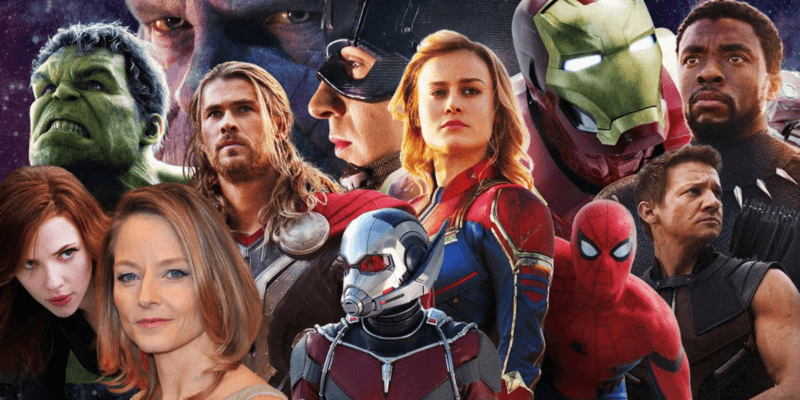 It seems that Marvel Studios is currently at the top of its game. Its newest film Black Widow is killing it at the box office in a time when movies are still struggling to come back to their pre-pandemic levels. WandaVision, The Falcon and the Winter Soldier, and Loki were immediate hits on Disney+ with potential Emmy nominations coming for the first two. Everyone wants to be in a Marvel film, including people who once had little respect for the studio.

Three years ago, Hollywood star Jodie Foster was not shy when sharing her feelings about superhero films put out by studios like Marvel and DC. She said that going to the movies was akin to going to a theme park. According to an article from Deadline, Foster said the following:

“Studios making bad content in order to appeal to the masses and shareholders is like fracking — you get the best return right now but you wreck the earth.” Then in a final jab she said, “It’s ruining the viewing habits of the American population and then ultimately the rest of the world.”

The actress-turned-director made it clear that she does not want to make “$200 million movies about superheroes” and that CGI and that sort of “spectacle” is not the reason why she makes movies. “I feel like I make movies because there are things I have to say in order to figure out who I am or my place in the world, or for me to evolve as a person.”

However, a lot can change in three years — including how Foster feels about Marvel films. The star was recently at the Cannes Film Festival and said, according to Deadline, that she would actually like to be in a Marvel film — although she did not answer whether or not she will actually be seen in one in the future. Variety also spoke to the actress at the French film festival, and, when asked about Marvel, she said the following:

“They are fabulous films,” she replied. “But there is enough space for everybody, we are all different”

She also referenced her appreciation for both Iron Man (2008) and Black Panther (2018).

Foster has been a member of the Disney family for decades and has appeared in a number of Disney films, including the original Freaky Friday (1976) and Menace on the Mountain (1970).

While Marvel films and television shows may not be at the top of Jodie Foster’s “must-watch” list, they are at the top of a lot of people’s. Marvel’s scheduled film releases have fans waiting on the edge of their seats. Not only are they now able to see Black Widow in theaters and on Disney+, but 2021 will also see the arrival of Shang-Chi and the Legend of the Ten Rings in September, The Eternals in November, and Spider-Man: No Way Home in December.

Would you want to see Jodie Foster in a Marvel movie? Let us know in the comments!