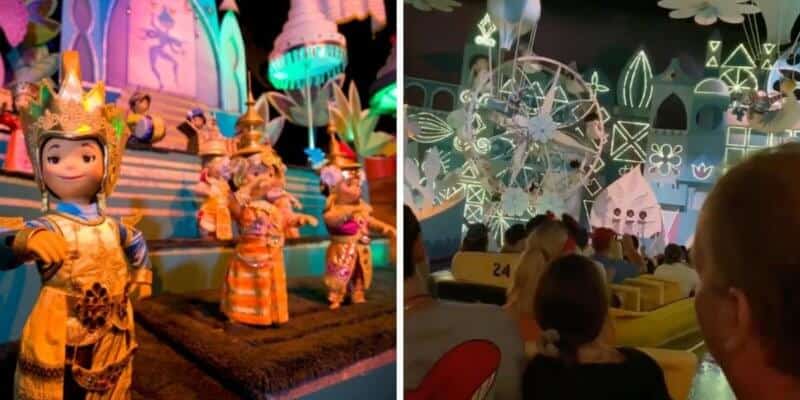 “it’s a small world” is a classic Disney attraction, located at both Walt Disney World and Disneyland Resort. Though some find the song a tad annoying, the lyrics are so iconic and so important. In fact, many reference it on a day-to-day basis.

Well, while aboard the iconic Magic Kingdom ride a few days ago, the attraction malfunctioned and the music stopped playing — but that didn’t stop Guests from singing along!

Related: This Performance of “it’s a small world” Will Make You Cry!

One Disney Guest, Spencer D., shared a video while aboard “it’s a small world” with Inside the Magic. The video, which you can view below, shows the classic Disney ride malfunction as the iconic song suddenly stops playing.

Despite this unfortunate technical difficulty, the Guests riding “it’s a small world” turned this into a magical experience as the entire boat burst out into song, mimicking and humming the tune of the famous song. Check it out below.

This just goes to show that this classic Disney ride truly brings the best out in everyone and it really is a “small world after all”!