Individual Reportedly Sneaks Onto Splash Mountain Set - Inside the Magic 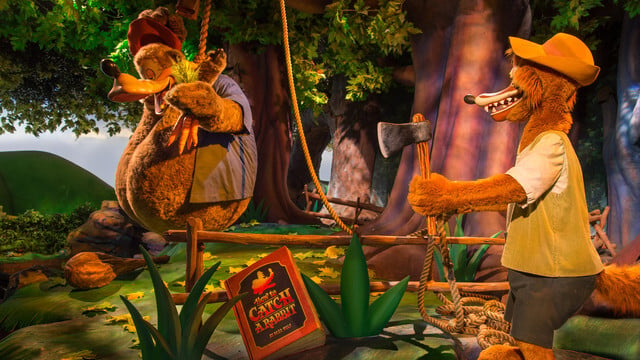 Splash Mountain is a top-rated attraction at Magic Kingdom in Walt Disney World. However, on a recent trip to the iconic ride, Guests reportedly witnessed an individual sneaking onto the set of the Magic Kingdom attraction.

According to one Reddit user, a few days ago as they were riding Splash Mountain, they witnessed an individual “running through the scene before the big drop”. The user continued to explain that, at first, they thought it was a Cast Member, but soon enough the ride had stopped and a Cast Member came over the loudspeaker, telling the individual to remain where they are.

Shortly after the announcement, the Guest witnessed another Cast Member come from backstage, looking for the individual:

Last night I was riding splash mountain and once we had gotten past the laughing place we all just saw this guy running through the scene before the big drop. At first I thought they were a cast member, but then they had stopped the ride and over the PA they told the guy to stay where he is. Then we saw a cast member come from backstage looking pissed go get him. Was all very odd i’m sure he got banned, has anyone else ever experienced something like this as well?

Anyone else ever witness somebody sneak onto the set of splash? from DisneyWorld

This is not the only report to come through regarding this Splash Mountain situation. One Twitter user, who goes by @Sarah__T0nin, shared that they heard people were climbing the Splash Mountain drop:

This is not the first time in the past few weeks when a Guest reportedly snuck onto the set of an attraction. One individual leaped out of the boat on Living With The Land at EPCOT in an attempt to steal a cucumber.

We are unsure as to what the consequences were for the individual at Splash Mountain; however, it certainly serves as an example of what not to do when visiting Disney World. At this time, Disney has not released a statement regarding this situation, but Inside the Magic will continue to update you as we get information.

To learn more about the rules and regulations set out by the Walt Disney World Resort, click here. If you are ever unaware of whether something is or is not allowed, you can always ask a nearby Cast Member.

To learn more about the rules and regulations at Walt Disney World, click here. Again, if you are ever unaware of whether something is or is not allowed, always check in with a nearby Cast Member.