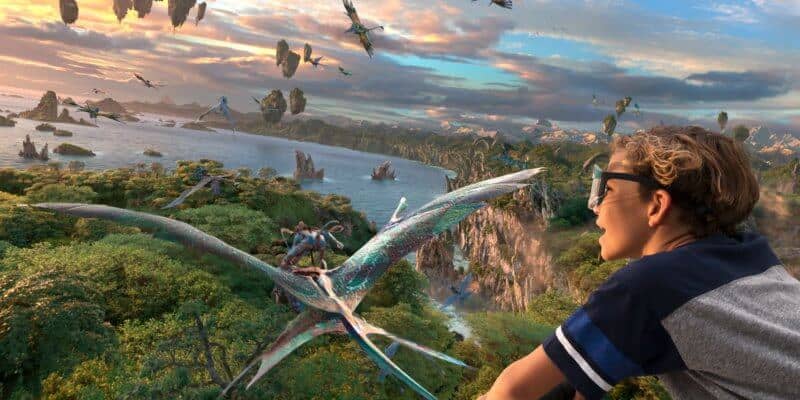 Avatar — Flight of Passage continues to draw Guests each and every day. This morning, July 29, the Pandora attraction is facing huge wait times just minutes after the theme park officially opened.

At approximately 8:40 a.m., just 40 minutes after Disney’s Animal Kingdom opened, Avatar — Flight of Passage already posted a 155-minute wait time, as seen in the screenshot below.

This doesn’t come as much of a shock as Avatar — Flight of Passage has been one of the most popular attractions at Walt Disney World ever since it opened in 2017. Additionally, Disney CEO Bob Chapek confirmed that the theme parks — Magic Kingdom, EPCOT, Disney’s Hollywood Studios, and Disney’s Animal Kingdom — have already started increasing capacity once again, which could result in longer wait times at select attractions.

At this time, we do not know exactly what percentage of capacity Disney World is operating at, but we know it is higher than 35%.

More on Avatar — Flight of Passage

If you want to visit Walt Disney World on your next family vacation, but aren’t sure where to begin planning, then don’t hesitate to reach out to our friends over at the Authorized Disney Vacation Planners at Academy Travel for a free quote. They will help book your Resort, book dining reservations, and even offer tips and tricks so you and your family don’t miss out on any of the magic throughout your vacation.

Are you surprised to see Flight of Passage face the huge wait time this morning? Let us know in the comments below.