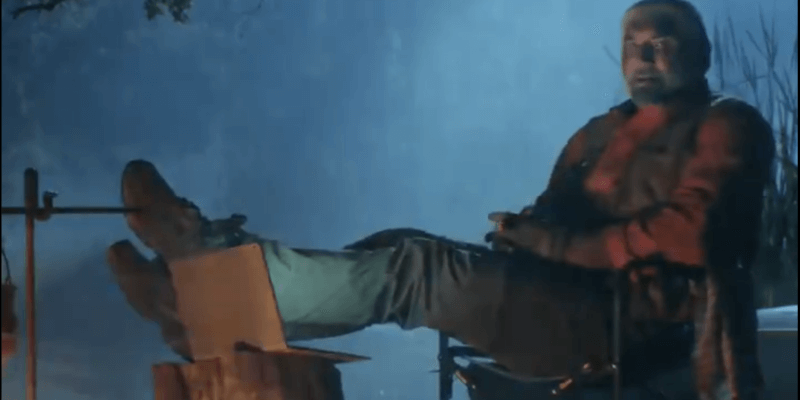 Disney set social media ablaze when it shared a new Twitter account that had been created called The Streamer. The account had no picture and no real information tied to it, but it quickly amassed over 10,000 followers in less than a day. It was also verified, which is not usually the case for an account that has no picture — but anything is possible with faith, trust, and pixie dust.

On July 27, @TheStreamer sent out a tweet to tell fans to get ready for a big announcement coming later in the day.

Ready to stream the stream? Set a reminder for The #DisneyBundle LiveSTREAM, starting today at 3p PT.

Ready to stream the stream? Set a reminder for The #DisneyBundle LiveSTREAM, starting today at 3p PT. https://t.co/O0O2QSDX5R

Then, once the clock struck noon, The Streamer shared a video of a live stream — a beautiful one that looks like it is found in a countryside village perfect for a Disney film — as it once again asked them to wait until 6 p.m. PST. Well, fans listened, and they waited for what they thought was going to be a big Disney+ announcement. However, when the message from The Streamer finally showed up, it was not what people were expecting.

Just a man, his stream, and his snacks. #DisneyBundle

Just a man, his stream, and his snacks. #DisneyBundle pic.twitter.com/XhQ0gOvOh3

What was shared was simply a minute-long commercial starring Dave Bautista — most famously known to Disney/Marvel fans for his role as Drax in Guardians of the Galaxy — pretending to be an old man who lived in the woods and loves to watch all of what Disney+ had to offer. He loved streaming The Bachelorette on Hulu, football games on ESPN+, and Star Wars movies on Disney+.

When fans realized that they had been watching a video of a stream for three hours just to be shown a Disney+ advertisement, they were split on just how they were supposed to feel. John | Hawkeye era (@johnlovesfilms) felt terrible that people had spent their time watching, only to really be told nothing new.

people really thought something huge was gonna happen but they just wasted 3 hours for nothing .

people really thought something huge was gonna happen but they just wasted 3 hours for nothing ?.

VSET Vrax (@Vraxooo) was expecting something big and was sad to see that it was not what he was anticipating.

However, Twitter user Kirbo (@BlueberryKirbo) loved that Disney came up with something so intriguing that they were able to get people to watch an actual live stream for hours.

Bonzo (@BonzoBonanaza) thought that the time to wait may have been long, but Dave Bautista as an old man pitching the Disney Bundle made his day.

Even though that livestream was sorta ridiculous, this ad still made my day

Even though that livestream was sorta ridiculous, this ad still made my day

While opinions on the ad are split, one thing is definitely clear — Disney knows how to get people talking and how to create one heck of a marketing campaign.

The Disney Bundle that The Streamer was advertising includes Disney+, Hulu, and ESPN+ and is available in a variety of packages. The least expensive package comes in at the value price of $14 per month. Plans get more expensive from there with the top plan including Disney+, ESPN+, and Hulu with no ads, plus Live TV that will cost subscribers $79 per month.

If you are not a current Disney+ but would like to sign up for a bundle package, you can do so by clicking here.