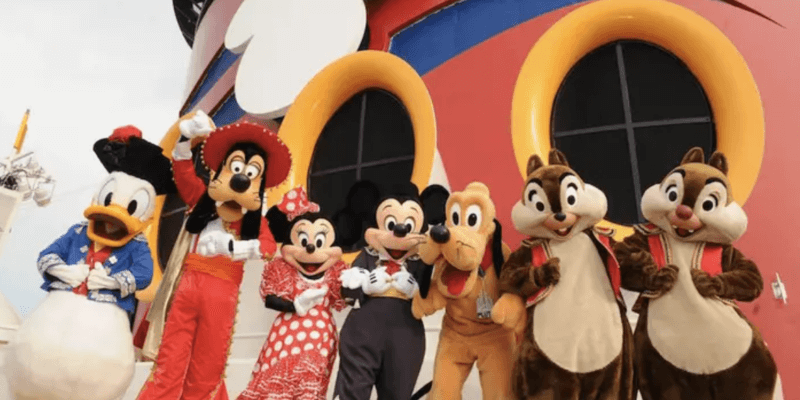 Today, to the excitement of thousands of Disney fans, Disney Cruise Line announced that cruises would once again be sailing from the United States starting next month! Cruises had been suspended since last year due to the pandemic, and Disney had been steadily canceling more voyages up until July, but that is changing and cruises are officially returning to the U.S. in August.

While it is exciting to see Disney cruises making their domestic return, it is important to look at the changes that will be made to initial sailings. The world is still in the grips of the pandemic, so there are amenities that will be altered to keep all Guests and Cast Members safe and healthy. In addition to COVID-19 testing, mandatory masks, social distancing, and reduced capacity, there will be a change to a popular onboard experience.

Everybody knows: Disney Characters love to cruise, too! Be on the look-out for many popular Disney pals throughout your voyage.

In addition to changing the way it conducts character interactions — no up-close meet and greets will be available — Disney Cruises will also be altering their buffet and self-serve stations to only have Crew Members touching the food area as a way to keep everyone safe.

Even though there are a lot of changes happening on Disney Cruises, Guests will still be able to experience the magic of Disney and have an amazing time on the high seas!

Are you going to be taking a Disney Cruise when they return next month? Let us know in the comments!

CLICK HERE to book your magical Disney Cruise with Academy Travel – an EarMarked Diamond travel agency that can provide you with a free quote today!