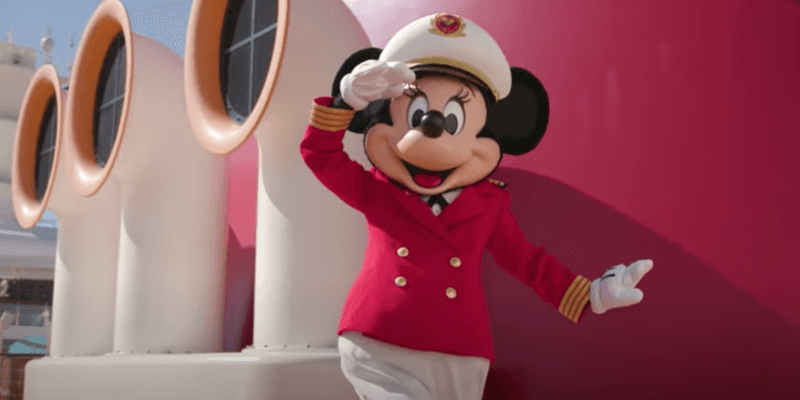 When it comes to the Disney Cruise Line, the road to the fleet returning to the seas has been an arduous one. Brought to a standstill due to the effects of the ongoing COVID-19 pandemic, Disney’s cruise ships have been without Guests for over a year.

However, it seems that Disney CEO Bob Chapek’s hopes for a fall 2021 return have come early, as Disney has just announced the first Guest voyage for its Disney Dream cruise ship since March last year. So, grab your best sailing gear because the Disney Cruise Line is officially BACK in the United States.

While the majority of the Disney cruise fleet has had suspended operations since March last year, the soon-to-be return of the Disney Dream is actually not the first Guest cruise that will set sail. Earlier this month the Disney Magic made a triumphant return to U.K. waters when Disney launched its “staycation” cruise from Southampton. These “staycation” cruises are currently illegal in the U.S.

Domestically, the Disney Cruise Line has been inching towards a return to the open water — and its many destinations like Disney Castaway Cay — for quite some time. Not too long ago, the Disney Dream had a successful test voyage out of Port Canaveral which signaled a path for test cruises to be added for the Disney Fantasy, the Disney Wonder, and more for the Disney Dream — the latter sees its next test outings on August 1 and August 5.

And Disney has just confirmed that only four days after their last test cruise, the Disney Dream will welcome Guests and Disney characters back from August 9. Sharing to Disney Parks Blog, Public Relations Director, Yolanda Cade, revealed the exciting news about the Disney ship.

Beginning August 9, the Disney Dream will kick off our long-awaited return to cruising from the U.S.—with tropical voyages to the Bahamas departing from Port Canaveral, Florida. Three- and four-night cruises will visit our private island, Castaway Cay, for an unforgettable vacation at sea.

Cade goes on to add how they are continuing to put safety first for Guests wanting to board the Dream‘s return to the seas;

Right now, we’re working hard to get ready for your return, and our focus remains on operating in a responsible way while creating magic for all on board. That’s why we’ve enhanced our health and safety measures to promote wellness for guests and crew aboard our ships and in the destinations we visit.

Interestingly, the news of the Dream‘s return comes shortly after Disney Cruise Line announced its first Public Health Officer role which aims to deliver a robust onboard health and safety experience. In their supplementary video, Disney confirms a number of measures that will be put in place for the Dream’s Guests. While the Disney Cruise Line encourages Guests to be vaccinated, it will not be a requirement to board on vacations departing from Florida.

Additionally, COVID-19 testing will be required before leaving your home and again before embarking on the cruise. Guests willing to voluntarily prove vaccination status won’t be required to perform a test. Onboard, and due to reduced Guest capacity, physical distancing will be in operation while hand sanitizer stations will be placed throughout the ship.

In terms of face coverings, masks will be required in most indoor locations for all Guests ages two and over. Disney Cruise Line will have onboard doctors that are equipped to deal with testing and management of COVID-19 symptoms.

From a technology standpoint, the enhanced Disney Cruise Line app will allow Guests to pre-book experiences before they board, ensuring that entertainment and dining locations are adequately managed.

In addition, Disney has shared how this return of the Disney Cruise Line has come to fruition, and what the future looks like for the rest of the fleet;

We are resuming sailing in a gradual, phased approach that emphasizes multiple layers of health and safety measures, developed in consideration of guidance from the US Centers for Disease Control and Prevention and other medical experts.

This is sure to be good news for Guests awaiting the maiden voyage of the next Disney cruise ship to join the fleet, the Disney Wish, which sees features like Marvel dining, a Star Wars Hyperspace Lounge, and stunning staterooms. The newest ship is set to launch in summer 2022.

Are you excited to see the Disney Cruise Line is BACK? Let us know in the comments!

Comments Off on Disney Cruise Line Confirms U.S. Sailings Will Return NEXT Month