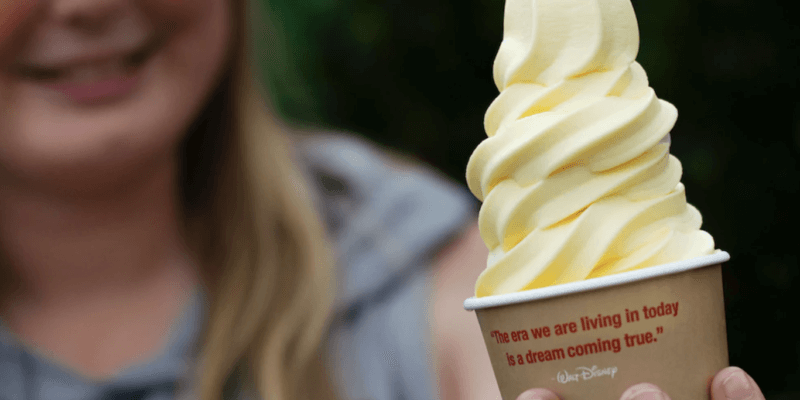 When Guests visit Disney World, certain snacks are coveted and are a must-eat for many!

Iconic snacks such as the Mickey Premium Bar, Mickey pretzel, and churros are a staple for many, but no snack is (arguably) as popular as Dole Whip! Because Disney made Dole Whip exclusive to only a few locations on the property, the desire to order one when arriving at one of the elusive dining locations is quite strong.

Many have associated Dole Whip with Disney, but really, Dole Whip can be found at many other locations, including Disney World’s biggest competition, Universal Orlando Resort! Yes, you heard us correctly, Universal sells Dole Whip, and it is made just the same as Disney’s version.

Related: Disney Springs Is Bringing Back This Popular Dole Whip for Summer!

Guests can choose to eat their Dole Whip in either a cup for $3.99 or a cone for $4.49. At Aloha Isle in Disney World, a cup of Dole Whip is more expensive at $4.99! So, if you want to try a Dole Whip and don’t mind where you eat it, picking one up from Universal could save you some money, and it will give you a new experience!

Austin Does (@itsaustindoes) noticed that Universal also sells Dole Whip and freaked out!

Dole Whip can also be purchased at many stadiums as well, so if you are craving a pineapple swirl the next time you are watching a live sports event, go check out the snack stand.

Comments Off on Universal Can Fill Your Dole Whip Craving