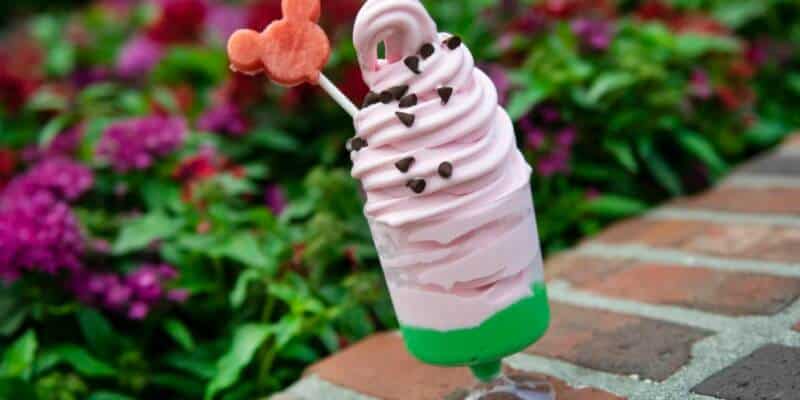 It may be hard to believe, but summer will be here in a matter of weeks! To celebrate the upcoming season, Walt Disney World is bringing back a fan favorite summer treat. The Watermelon Dole Whip will be returning to Marketplace Place Snacks in Disney Springs on May 26.

Disney Springs shared the exciting news with all of its Twitter followers:

Summer is right around the corner and we’re thrilled to share that Watermelon DOLE Whip is coming back soon to @DisneySprings Be on the lookout for this delicious DOLE Whip Watermelon Parfait with Key Lime Custard coming to Marketplace Snacks on May 26.

Summer is right around the corner and we're thrilled to share that Watermelon DOLE Whip is coming back soon to @DisneySprings! ? ? ? Be on the lookout for this delicious DOLE Whip Watermelon Parfait with Key Lime Custard coming to Marketplace Snacks on May 26. ? pic.twitter.com/zsVE23rBov

Marketplace Snacks is the ultimate Dole Whip snack location in Disney Springs. They have everything Guests could possibly want to fulfill their Dole Whip desires. Disney describes the refreshing spot:

Hungry for some serious soft-serve fun? Head to this Marketplace kiosk for frosty Dole Whip desserts and pineapple rum floats—2 hard-to-beat tropical treats! Savor a variety of flavors as well as seasonal offerings and limited-time specials you won’t want to miss.

Not only are the Dole Whips at Marketplace Snacks available in cup or float — which is the soft-serve served on top of pineapple juice — form, but Guests can also purchase the delectable Dole Whip Nachos.

The Dole Whip Nachos are made of waffle cone chips that are topped with your choice of Dole Whip – Pineapple, Vanilla, or swirl – Mango Boba Pearls, Fresh Pineapple, Strawberry Sauce, Whipped Cream, and Rainbow Sprinkles.

There is currently no end date announced for the Watermelon Dole Whip, but since it has only been announced for summer, make sure to get yours before they hibernate for winter! Marketplace Snacks operates daily in Disney Springs from 11 a.m. to 10 p.m. Sunday through Thursday, and 11 a.m. t0 11 p.m. Friday and Saturday.

What is your favorite Dole Whip treat? Let us know in the comments!

Thinking of booking your magical Disney getaway? Let our friends at Academy Travel take care of all your booking needs! Click here to get started today!

Comments Off on Disney Springs Is Bringing Back This Popular Dole Whip for Summer!