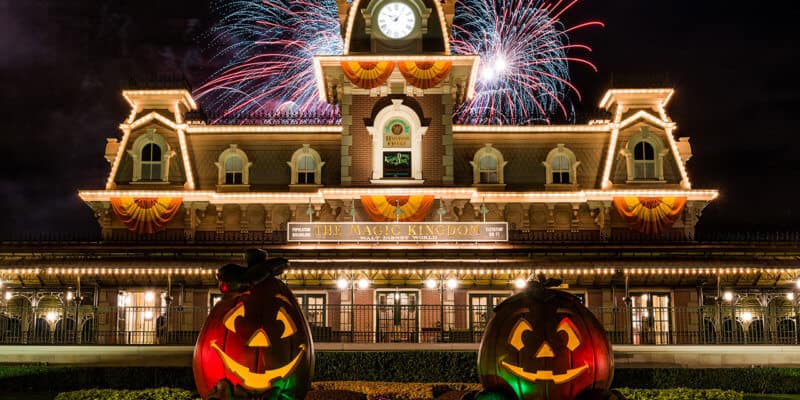 Can you believe we are only a few weeks away from Halloween season at Walt Disney World? This year, Magic Kingdom is hosting a Disney After Hours event called Boo Bash instead of Mickey’s Not-So-Scary Halloween Party and opening night is on August 10. This means Disney World will kick off its spooky season in just six weeks!

With this being said, there has been a lot of talk regarding pricing for Disney After Hours Boo Bash compared to Mickey’s Not-So-Scary Halloween Party. If you are one of those who have been debating on buying a ticket to Boo Bash due to pricing, we are here to help you figure out the cheapest way to go!

Have you asked yourself how can you save the most money while still experiencing everything Boo Bash has to offer? Well, it’s quite simple! All you have to do is be lenient with which day you want to attend and you could save nearly $200 total for your family!

For example, if a family of four wanted to attend Boo Bash at Magic Kingdom, your best option is to go on select days in August or September. By attending the Disney After Hours event on one of these days, your family could save nearly $200!

Let’s break it down.

If a family of four — two adults and two children aged 3-9 — attends Boo Bash on August 24, each ticket would cost $129. The grand total would be $549.56 (including tax). This is reflected in the screenshot below.

Now, if that same family of four — two adults and two children aged 3-9 — attended Boo Bash on October 8 instead, each ticket would cost $169. The grand total would then be $719.96 (including tax). This is reflected in the screenshot below.

By attending in October rather than August or September, you could pay an additional $170 for the same exact event.

So, as you can see, if a family of four wanted to attend Boo Bash at Magic Kingdom while still saving as much money as possible, aim for an August or September date! Here are the days that currently list the lowest price of $129 per person and by attending the Disney After Hours on one of these dates, could save you $170 for your group of four people:

If you are looking to attend Disney After Hours Boo Bash, it will run for 30 select nights starting August 10 and continuing through October 31 (however, select dates are sold out at this time, so be sure to check the official Disney World website for the most up-to-date availability).

Tickets start at $129 – $139, plus tax for August and September nights and $159 – $169, plus tax for October nights, and $199, plus tax for Halloween, even though Halloween night is sold out at this time. Note that these special event tickets for children ages 3-9 cost the same as tickets for adults, so you can save a lot of money if you go a month or two before Halloween, regardless of the ages of the people in your party. Children under 3 are free.

Are you going to attend Boo Bash at Disney World? Let us know in the comments below.

If you want to visit Disney World this Halloween season, but need help planning your magical vacation, don’t fear! The Authorized Travel Planners at Academy Travel will be with you every step of the way when booking your trip to Walt Disney World. Get started today by clicking here.