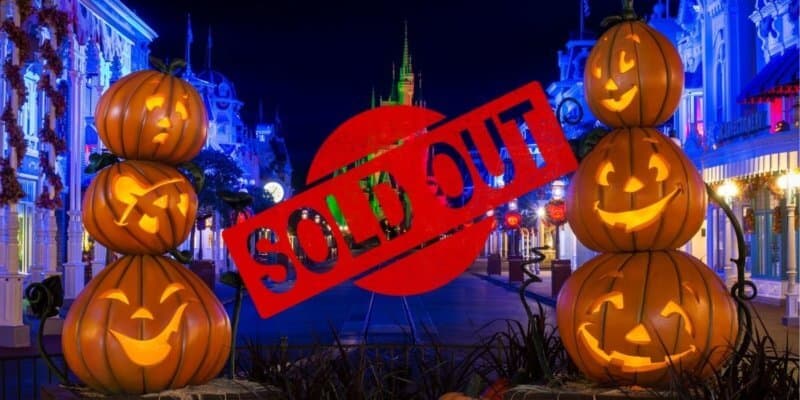 Just a few days ago, we reported that dates for Boo Bash were selling out quickly, despite the backlash of pricing. Now, that trend continues as there are only three available days left in October.

Disney After Hours Boo Bash will run for 30 nights from August through October, however, 12 of those nights are now completely sold out.

Furthermore, out of the 12 nights that Boo Bash is running in October alone, there are only three days left to choose from — all Sunday nights! You can see this reflected in the screenshot below.

Currently, these are the Boo Bash dates that are sold out:

And these are the dates still available at the time of publication:

Disney After Hours Boo Bash will run for 30 select nights starting August 10 and continuing through October 31 (at the time of publication, again, 12 of these dates are sold out). Tickets start at $129 – $139, plus tax for August and September nights and $159 – $169, plus tax for October nights, and $199, plus tax for Halloween, even though Halloween night is sold out at this time.

Did you purchase your Disney After Hours Boo Bash tickets yet? Which night will you be attending? Let us know in the comments below.

If you want to visit Disney World this Halloween season, but need help planning your magical vacation, don’t fear! The Authorized Travel Planners at Academy Travel will be with you every step of the way when booking your trip to Walt Disney World. Get started today by clicking here.