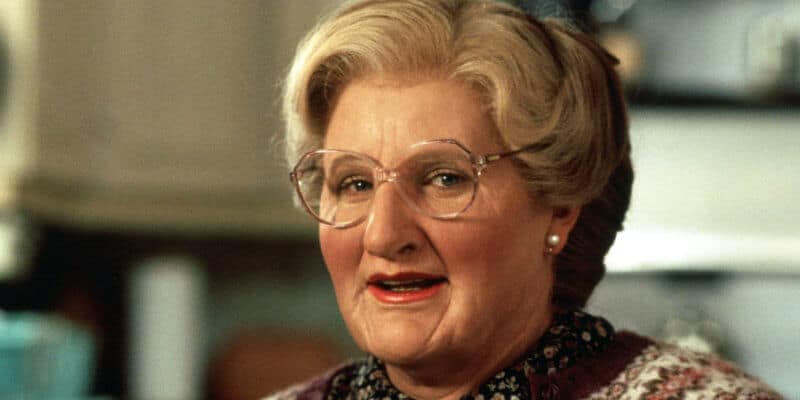 Robin Williams was a legendary actor and comedian best known for his improvisational skills and a wide variety of voices who left an incredible legacy. But one of his most famous roles was the role of Daniel Hillard in Mrs. Doubtfire.

For all of you that are fans of this film, we have some great news to share as Mrs. Doubtfire will be coming soon to Disney+!

Disney has officially confirmed that the popular Robin Williams film, Mrs. Doubtfire, will be coming to Disney+ on Friday, August 6.

In case you have never seen the film, the description on Google reads:

Troubled that he has little access to his children, divorced Daniel Hillard (Robin Williams) hatches an elaborate plan. With help from his creative brother Frank (Harvey Fierstein), he dresses as an older British woman and convinces his ex-wife, Miranda (Sally Field), to hire him as a nanny. “Mrs. Doubtfire” wins over the children and helps Daniel become a better parent — but when both Daniel and his nanny persona must meet different parties at the same restaurant, his secrets may be exposed.

Robin Williams was a legendary actor and comedian best known for his improv and a variety of voices. He was best known in the TV world for his role on Mork and Mindy. In the movie industry, Williams played various characters and roles in several films including Mrs. Doubtfire, Dead Poet’s Society, Good Morning, Vietnam, and Aladdin.

The actor tragically took his own life in 2014 after struggling with Lewy body disease, which is known to cause depression. The entire Inside the Magic team sends our condolences to those who knew Robin Williams.

Are you excited for Mrs. Doubtfire to hit Disney+? Let us know in the comments below.