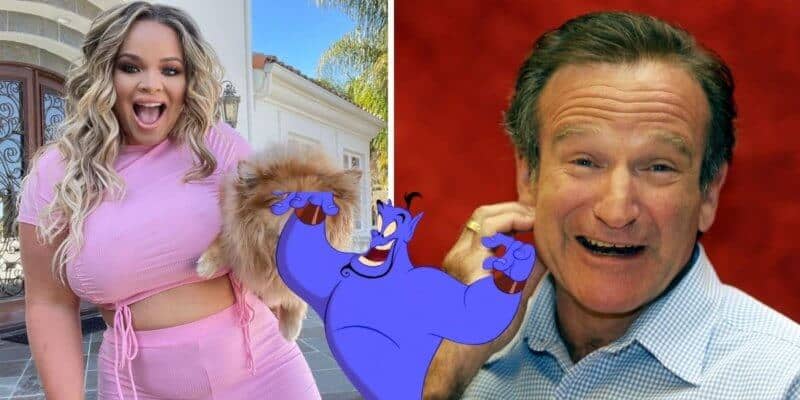 One of the biggest legends when it comes to actors in Disney animation is Robin Williams. The late actor is widely known for his iconic portrayal of the Genie in Aladdin and starred in many classic household films such as Good Will Hunting and Mrs. Doubtfire.

In the latest H3 Podcast, Frenemies hosts Trisha Paytas and Ethan Klein discussed Trisha’s apparent run-in with Robin Williams. On the podcast, Trisha said that they met Williams but did not want to go into detail about their apparent meeting as the actor is now deceased.

Co-host Ethan Klein continued to prod Paytas about the run-in. Paytas continued to hold a strong stance on not wanting to discuss the matter further, stating, “I just said I don’t want to talk about it.”

Bouncing away from the subject, Ethan joked, “Some people say I look like Robin Williams,” and the podcast carried on.

That being said, Trisha said enough about their prior interaction with the late actor to send Twitter into a frenzy. Many fans of the podcast and the actor were shocked while others doubt that the two actually ever met.

However, Trisha’s candor about the topic shows that they clearly do not want to create any narrative about the late actor. If you want to check out the podcast episode for yourself, click below.

All of this aside, it seems that the H3 podcast family is big fans of Disney! They recently took a trip out to Disneyland as Trisha (@trishapaytasbackup) took to Instagram to share a group photo:

A dream that you wish will come true

Trisha also posted a selfie in front of the castle and promoted the new episode of Frenemies:

What Disney celebrity would you hope to meet in the future? Let us know in the comments below!