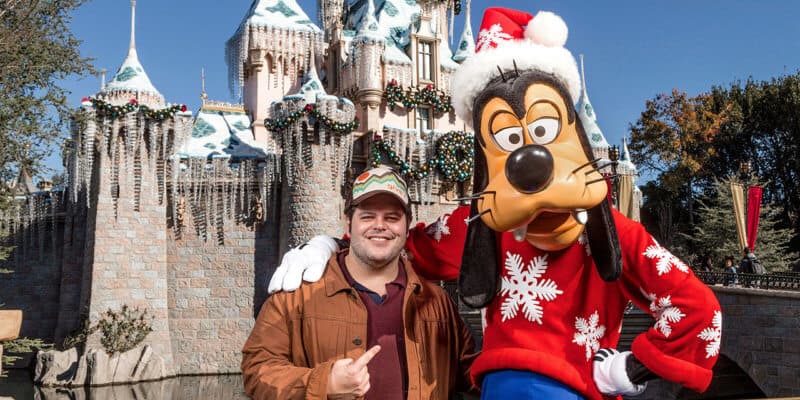 It is easy to think that Josh Gad may be one of the current Kings of Disney. From his role as Olaf, the snowman who loves warms hugs in Disney’s Frozen (2013) to his role as LeFou in the 2017 live-action remake of Beauty and the Beast, there is no role that Gad can’t conquer.

In fact, his role in Beauty and the Beast, alongside Luke Evans’s Gaston, was so successful that the two are getting their own spinoff series — The Little Town. The new series is currently in production and is being run by Once Upon a Time creators Edward Kitsis and Adam Horowitz. A premiere date has not yet been announced for The Little Town.

With all the success Josh Gad has had with Disney, it is no surprise that he is treated like a real-life king when he visits the theme parks. Gad is a huge fan of Disney Parks and has been seen many times at both the Disneyland Resort and Walt Disney World.

While being treated like royalty when visiting Disney sounds like a dream, Gad has said that there are actually some downsides — mainly when it comes to his kids. The actor recently sat down with Page Six to talk about how he tries to keep his kids grounded when it comes to their Disneyland theme park experiences.

“They’re very, very good to me,” the “Frozen” star admitted to Page Six. “My kids are so spoiled, it’s not great. Like I actually sometimes won’t take them and make them go with other families so that they know what waiting in line is so that they don’t become so spoiled.”

Most of us would do anything to avoid waiting in line, but it is nice to see a superstar like Josh Gad try to keep his kids down-to-earth by showing them what a trip to Disney is like for the rest of us who aren’t celebrities. However, it is surprising that he doesn’t get jealous when his kids get to go to Disneyland, and he has to stay home.

What do you think of the way Josh Gad keeps his kids grounded when it comes to Disney vacations? Let us know in the comments!

CLICK HERE to book your magical Disney vacation with our friends at Academy Travel!