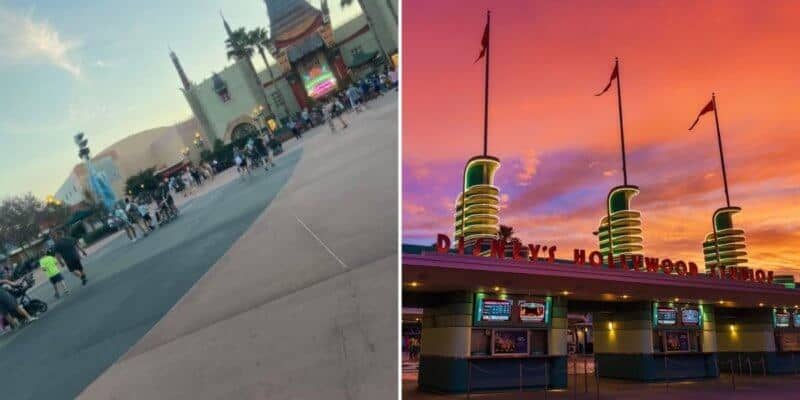 Credit: Inside the Magic/Disney Parks Blog

It’s incredible to think that this year marks Walt Disney World’s 50th! To think Walt Disney was tracking through the swamps in Florida with an even bigger dream than Disneyland and created a world that is now filled with four Disney theme parks, two water parks, a shopping district, and over 30 Disney Resorts!

After Magic Kingdom in 1971 and Epcot, built-in 1982, The Disney Company decided their next theme park project would be inspired by movies, Hollywood, and production studios stretched over 135 acres. Disney-MGM Studios was born. The name was changed in January 2008 to Disney’s Hollywood Studios and since then has become one of Walt Disney World’s most popular theme parks!

Not only is it home to many amazing attractions and lands including the Tower of Terror attraction, Star Wars: Galaxy’s Edge, and Toy Story Land, but it also showcases one of Walt’s greatest characters of all time.

Related: One Easter Egg in Slinky Dog Dash That You May Have Missed!

For those who are unaware, Disney’s Hollywood Studios has one of the biggest hidden Mickey’s right underneath our feet! Next time you’re walking through this Disney Park, head on over to the hub, where you will find two black areas of pavement right in front of Mickey and Minnie’s Runaway Railway. These two areas represent Mickey’s eyes!

Looking from an aerial view of the park back in 1989, the entire entrance of Disney’s Hollywood Studios was paved to look like Mickey Mouse before Sunset Boulevard was built.

On Tiktok, @themouselets shared a more recent look at Disney’s Hollywood Studios theme park with an updated map and stated,

After watching this video, I wonder, is this Walt Disney World’s biggest hidden Mickey? While I search for more hidden history inside Walt Disney World, I am grateful that Disney Imagineers continuously add to this Disney theme park without compromising the historical shape of Mickey’s beloved face!

What’s your favorite piece of Disney history embedded in the parks? Let us know in the comments below!