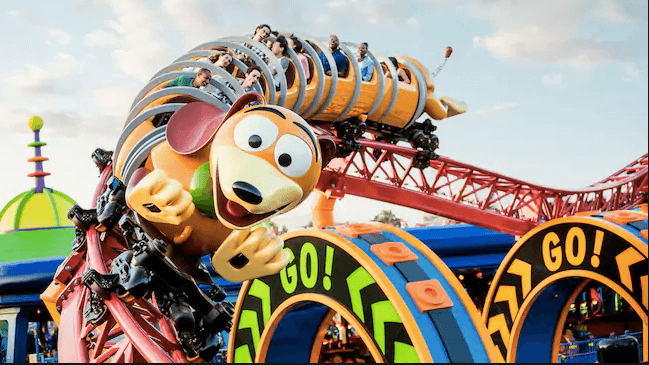 Walt Disney World Resort is filled with hidden Disney secrets. If you’ve ever visited Disney World in Orlando, you might notice many Disney fans or hidden Mickey fanatics searching endlessly for the iconic Mickey Mouse symbol located all over the resort and in the most unexpected places.

But hidden Mickey’s are not the only Disney secret you can find around Disney Resorts, restaurants, and theme parks. Disney Imagineers are known to share some Disney history and details by secretly adding codes and images that only diehard Disney fans could spot. If you’re into Disney hidden secrets like myself, here is one amazing hidden Disney fact located in Toy Story Land at Disney’s Hollywood Studios that you may have missed. 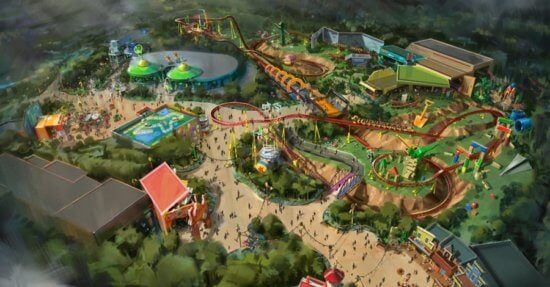 Think you know all the Disney facts secretly located inside Slinky Dog Dash in Disney’s Hollywood Studios? I thought I did, but after spending an hour on Tiktok, I came across a video that shared an interesting Disney code many Disney fans may have missed. While enjoying a fun-filled roller-coaster ride through Andy’s toys on Slinky Dog Dash, you may find yourself spotting all the beloved characters like Jessie and Rex from Disney and Pixar’s Toy Story.

This proof of purchase bar code that you would normally find on toy boxes has numbers that pay tribute to Disney and Pixar. The code numbers read 231986 and 1019871. If you dissect them, these actually are important dates! On 2-3-1986 or better known as February 3, 1986, was the date that the Pixar company was founded. The second code 10-1987-1 reads as October 1, 1987, when Walt Disney World opened to Guests in Orlando Florida.

This code is also shared around the Slinky Dog Dash queue! Check out this video shared by @themouslets on Tiktok as she shares,

Many Disney fans also responded after watching this video and shared more details regarding the bar code. If you look underneath the code, it states made in Emeryville, CA which is actually where Pixar Studios is located in California!

If you aren’t already aware, Disney Easter Eggs are described as clever references or funny jokes that Disney Animators and Imagineers share with diehard Disney fans throughout movies and all-around Disney Resorts. One of my favorite Star Wars Easter Eggs has to be while escaping the First Order in the Rise of the Resistance attraction located inside Galaxy’s Edge.

Do you know a rare Slinky Dog Dash Easter Egg? What’s your favorite hidden detail located inside Toy Story Land? Let us know in the comments below?