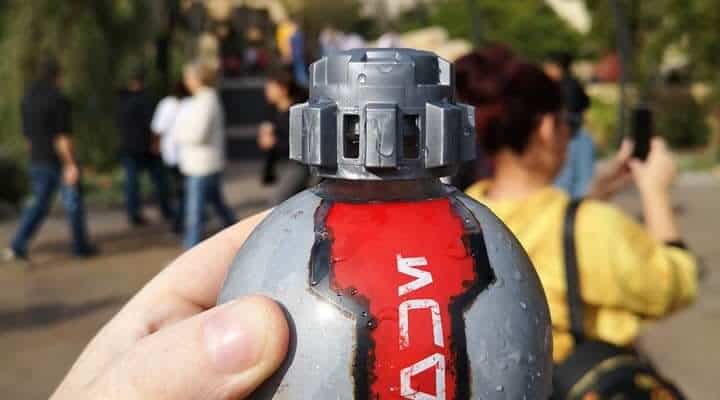 Right before the pandemic hit our world and Disneyland Resort was forced to close, I was able to snag a very popular souvenir that Disney and Star Wars fans could only find at Star Wars: Galaxy’s Edge (although they were seen once in a supermarket).

After the grand reopening of Disneyland and Disney California Adventure on April 30, we reported that Disney fans were searching high and low around Galaxy’s Edge for the famous Coca-Cola bottle “thermal detonators”, but, unfortunately, this sphere-shaped bottle was nowhere to be found, so the search began!

According to Southern California news source, the Orange County Register, in May, Disneyland officials stated that the Coca-Cola orb bottles were temporarily unavailable. This came as a surprise as Disney fans at Walt Disney World Resort shared that these Star Wars-inspired bottles were still able to be found at Galaxy’s Edge in Disney’s Hollywood Studios.

We’re happy to announce that after scrolling through Instagram, someone visiting Disneyland today couldn’t wait to tell Star Wars fans that the famous Coke, Diet Coke, and Sprite thermal detonator-themed bottles have returned!

The Coke Thermal Detonators have returned to Galaxys Edge in Disneyland!

These bottles, with a label written in Aurebesh, were once banned by the TSA to many out-of-state travelers. However, this rule has changed! Now Star Wars fans from all over the world can pick up this iconic souvenir and bring them home and display them proudly.

Although this picture above showcases the Chocolate Popcorn and Outpost Mix stand at Kat Saka’s Kettle, the official Disneyland website states that this stand is temporarily unavailable.

We suggest looking around Ronto Roasters, The Milk Stand, or carts and kiosks that carry run-of-the-mill beverages in Galaxy’s Edge. But, be warned, we are not sure how many have been distributed, so get them fast as these palm-sized thermal grenade-shaped bottles are an extremely popular item.

What do you think of these Star Wars-inspired bottles? Are they worth the hype? Let us know in the comments below!

Visiting Galaxy’s Edge in Disneyland for the first time? Let our friends at Academy Travel help you plan your best trip yet!