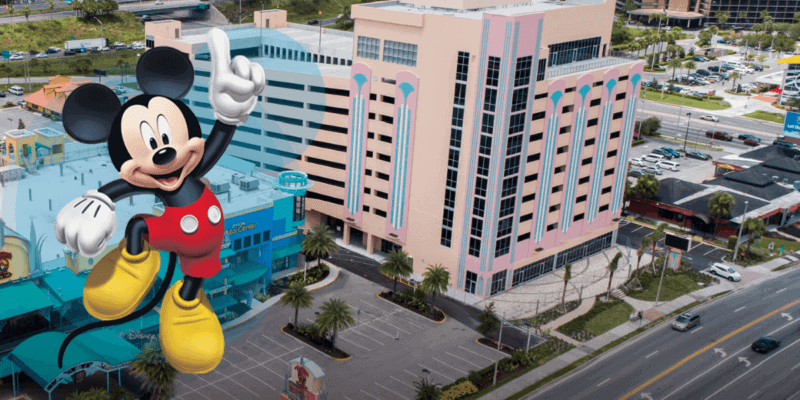 Why would Walt Disney World, such a popular travel destination need to advertise so close to the Resort?

In case you missed it, Disney has plans to build a massive digital billboard on International Drive. International Drive is a very popular spot for tourists visiting Orlando and is very close to the Walt Disney World Resort. This oversized installation will be just 25 minutes outside of Walt Disney World property. Here is what marketing experts have to say about this advertisement strategy.

The Orlando Business Journal recently spoke to Justin Ramb, CEO of Bigeye Creative inc., who said, “Our clients are looking for and pushing us to find those unique opportunities, this is that.”  So while Walt Disney World is already an extremely popular travel destination, as far as an advertisement opportunity it appears that the space on International Drive was just too good for Disney not to you use.

The Orlando Business Journal went on to point out that typically large LED billboards such as this are only found in places like Las Vegas or New York, but as Orlando continues to grow we may see more installations like the one Disney is bringing to I-Drive.

The art installation will have major exposure for Disney, as more than 200,000 cars pass daily along I-4. Meanwhile, International Drive’s hotels, nightlife, entertainment, restaurants and more attract 15 million visitors annually, according to IDriveDistrict.com. That’s important, as this art display may act as a magnet to bring more guests to the Walt Disney World resort.

Essentially those who are traveling to Walt Disney World, as well as Universal Orlando Resort will be seeing this billboard. Not only that but locals will also see the display and Disney can use the oversized billboard to keep locals updated about new offerings coming to the theme parks.

Personally, what I find most interesting is the structure Disney is using for this billboard. The Hollywood Plaza Garage is right next to Mango’s Tropical Café and has an interesting history for such a new building.

The building was originally planned to house not only parking in the garage but also a rooftop restaurant. This restaurant would have offered a view of International Drive for those dining at the top of this ornate parking structure. The Hollywood Plaza Garage was completed back in 2017, but the restaurant never got off the ground after the restaurant that was supposed to move in filed for bankruptcy — the space at the top of the garage has remained empty.

Disney seems to be ramping up its advertisements ahead of the Resort’s 50th anniversary, and it is likely that this new LED billboard will be up as soon as next year. Disney will be celebrating the 50th anniversary of Walt Dinsey World for 18 months starting on October 1.

Related: How You Can Save Nearly $200 on Boo Bash Tickets

What do you think of this new digital display coming to International Drive from Disney?