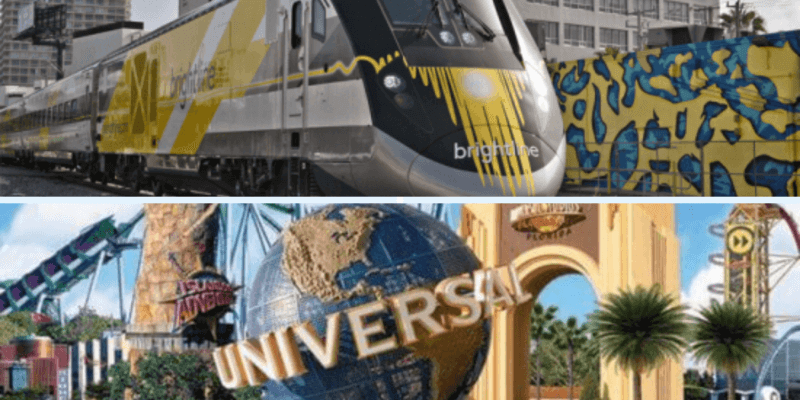 Universal and Brightline are reportedly struggling to see eye-to-eye during negotiations over a potential International Drive station for the high-speed train.

Here is the latest news about the ongoing negotiations between Brightline and Universal.

Related: How to Save Money on Your 2021 Universal Orlando Resort Vacation

According to a new report by Orlando Business Journal, in which they detail statements from both Universal representatives and Brightline, the conversation between the two sides seems to be rocky.

We previously reported that Universal was in talks to attempt to persuade Brightline that there should be a stop on the upcoming train project for International Drive. International Drive is a key location for Universal as they are building their newest theme park, Epic Universe, right off of that major road.

International Drive also already offers proximity to the Universal Orlando Resort. Disney has already secured their spot on the Brightline, and a station will be constructed close to Disney Springs. With Disney having one leg up on Universal with an exclusive Brightline station, it is no wonder why they are fighting so hard for a station on I-Drive.

Currently, the only Brightline stations that are in the works are, Port Miami, Aventura, Boca Raton, Orlando, Tampa, and Disney World.

Michael Cegelis, the Executive Vice President of Rail Infrastructure at Brightline said that cost is still the biggest question when it comes to these negotiations:

“We have explained the ramifications of that in terms of cost [and they are] understanding of that,There’s a recognition of that. The quantum of it is still being reconciled. We did have a reconciliation meeting yesterday, a lot got accomplished. We owe Universal Studios and their consultant some additional cost information, so we are providing it or may have provided it already.”

Universal told the Orlando Business Journal their thoughts on the negotiations:

“We have talked with Brightline and do not feel they have done the due diligence required for a project of this magnitude, At the moment, there is significant disagreement about what is right for our community — with us and many others believing the International Drive corridor needs to be part of the plan.”

With ongoing negotiations, it is unclear at this time if the International Drive Brightline station will come to life. Stay tuned to ITM for additional information about this developing situation.