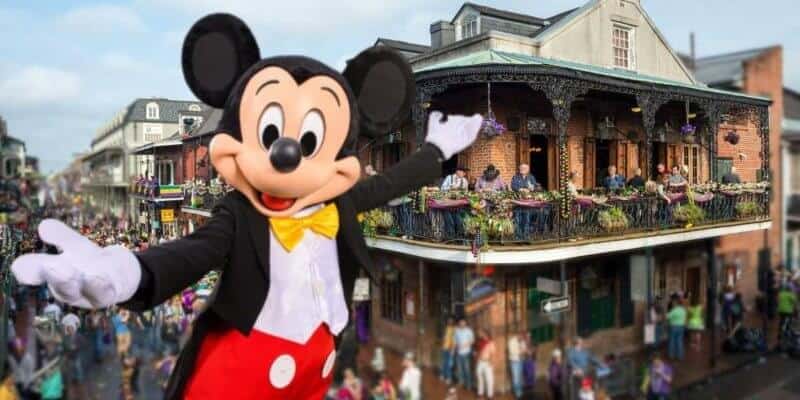 When any Disney fan thinks of Disney World, they instantly think of Orlando, Florida, as the location of the theme park has become synonymous with Disney magic. But, what if we told you that was not originally the plan.

When Walt Disney completed Disneyland in Anaheim, California, and decided to create a second theme park called Disney World, Orlando was one option to build on, but so was New Orleans! Reportedly, “Walt Disney was already buying up land on the North Shore in the general area of Lacombe or Slidell” and wanted to continue his pursuits of theme parks just outside the New Orleans metro area.

“When the furor over events in Dallas began to subside, Disney and his right-hand man, Caruso says, resumed their discussions with the political powers of the day. But they soon decamped from New Orleans in disgust and plumped instead for Orlando. Evidently, they just had to build the place in a swamp.

“You have probably already guessed what animated the great Walt and his sidekick when they turned their attention elsewhere. Right. It was the shakedowns. Plenty of businessmen since have found that they can barely get out of Moisant before they feel a politician’s hand slipping into their pockets.”

As lawmakers in New Orleans continued to be quite pushy for more cash, Disney realized that Orlando was willing to sell him the land he needed without stipulations, but New Orleans would always want more. Knowing this, the decision may have been Louisiana’s most grave yet, especially from a financial standpoint.

In 2017, Orlando averaged around 40 million visitors a year, whereas New Orlean’s only had around 10 million. Because of the extremely high tourism in Orlando, Florida’s economic state has increased, and Orlando has grown into one of Florida’s largest cities. Although New Orleans does well in terms of financial gain from tourism, their earnings would have likely been much higher if some city officials had not been so greedy when they were approached by Walt Disney all those years ago.

This is not, of course, a reflection on current city leadership in New Orleans and surrounding towns.

It was a dream come true, really. Disneyland, my character, the Disney family. Did you know Disney World was almost in New Orleans?! Now, New Orleans is in Disneyland to stay! We did it 7th ward!!!
#AvengersCampus #FalconCap #CutTheCheck

It was a dream come true, really. Disneyland, my character, the Disney family. Did you know Disney World was almost in New Orleans?! Now, New Orleans is in Disneyland to stay! We did it 7th ward!!!#AvengersCampus #FalconCap #CutTheCheck pic.twitter.com/ZNn4xVccqe

Related: Walk in Walt’s Shoes: How to Experience Disneyland Just as Walt Disney Would

Considering Mackie — and his Marvel character, Sam Wilson — both hail from Louisiana, having his version of Captain America at Disney California Adventure means that there will always be a little piece of New Orleans at DCA!

However, Disneyland has always paid homage to the Crescent City — it even has an entire area known as New Orleans Square! This could be part of why Walt turned to New Orleans to potentially open another park decades ago.

Now, if Disney World Guests want some New Orleans action, they will have to stay at one of the two Port Orleans Resorts — Riverside and French Quarter — on property.

Did you know that Disney World was originally going to be placed in New Orleans?