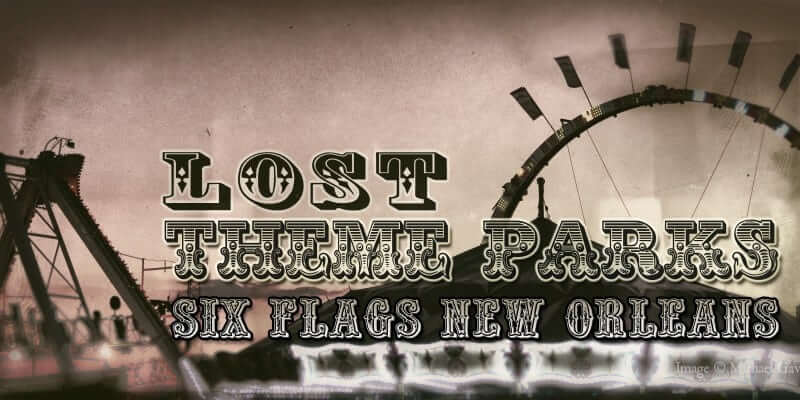 In May of 2000, Palace Entertainment (known as Alfa Smartparks at the time) opened Jazzland in eastern New Orleans (the entertainment complex was owned by Parques Reunidos).  This new amusement center featured the Mega Zeph (a larger version to the recently closed nearby Zephr), additional smaller coasters, several smaller midway attractions (including a merry-go-round), a thrill ride called Spillway Splashout, and a log flume ride.

Related: Disney World Could Have Been Built In New Orleans

Jazzland entertained guests for two years until the park was sold to Six Flag (along with control of the land lease from New Orleans). With the mascot Mr. Six and the motto, “It’s Playtime!” Six Flags brought in new licensed attractions such as the inverted coaster Batman Ride (2003).  Plans for expanding Six Flags New Orleans included adding a water park. jaUnfortunately those plans along with the park’s very existence were brought to a screeching halt when Hurricane Katrina devastated the region on August 26, 2005.

The entire park was submerged in up to seven feet of storm surge water resulting from the killer storm’s direct hit.  Due to the low ground level of the park and the failure of storm pumps (no power), Six Flags New Orleans remained a flooded disaster for several weeks.  Because of the water damage to all of the “flat rides” and all but one of the others the amusement park was forever closed.

In 2009, New Orleans released Six Flags from the remainder of the 75-year land lease and took control of the property.  The wasteland of rotting buildings and dangerously damaged structures became a magnet for urban explorers and prompted the city to increase police patrols of the park. In the meantime, New Orleans has turned the ruined region into a filmmaking location.  Films like “Percy Jackson: Sea of Monsters,” “Dawn of the Planet of the Apes” and “Jurassic World” filmed parts of their productions at the abandoned amusement park.

Below:  A dozen images of the damaging flooding left behind after Hurricane Katrina rampaged through the region.  Images are courtesy of Six Flags New Orleans enthusiast Doug Todd (more images, of the park in operation, from Mr. Todd, appear further below)

In 2011 efforts to revive the amusement park and re-assume its former “Jazzland” brand began to emerge.

Southern Star Amusement pitched ideas ranging from initially expanding the park to turning it into a Nickelodeon branded destination.  Those plans failed to gain traction and, amid legal disputes with Six Flags and issues with raising funds for the new effort, the plans were eventually abandoned.  Southern Star made the pitch to bring the park back to life with local heritage driving the theme.

Jazzland Paidia jumped into the bidding efforts as well (2011) and pitched plans to return the park to its pre-Six Flags theming, including the “Jazzland” name for the park.  Their plans include returning several of the same rides to the park and adding a resort area called “Sportsman’s Paradise Resort” – which will include an outlet mall (Backlot Shops) and hotels.    Details of the renovation plans can be found on the Jazzland website and Facebook page, including a map of proposed park plans. So far (according to Wikipedia) the only approved use for the property is an outlet mall.  At this time the site of the Six Flags New Orleans amusement park remains pretty much as it has been since the floodwaters receded, awaiting indication if there will even be the next chapter. 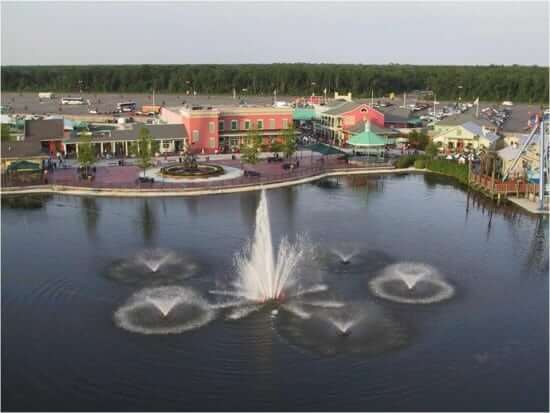 ITM fan Doug Todd is very familiar with Jazzland/Six Flags New Orleans.  He used to run a fan-oriented site dedicated to the amusement park.  Doug was a big supporter of the park, he advised ITM that was there practically every day it was open, even attending press events, right up until a couple of days before Hurricane Katrina devastated the area.

Though the site he ran is no longer active, Doug generously sent us several images from his visits to Six Flags New Orleans:

Have you been to Jazzland and/or Six Flags New Orleans?  What you like to see the city do with the site.  Share your thoughts in the comments below.