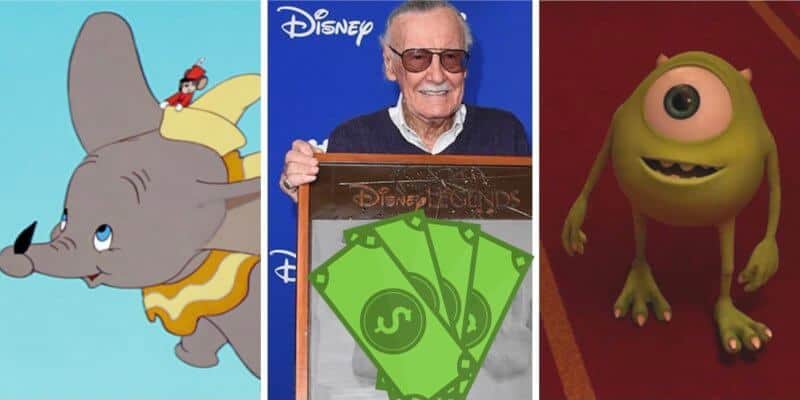 If you’re a big Disney fan or a Disney collector, you probably have more than one Disney Funko POP! These figurines are widely sold around the world and there are plenty of Disney ones out there.

But what if we told you that a few of your Disney Funko POPs could be worth thousands of dollars? Thanks to TikToker Casey Rosenberg, we have learned which Disney vinyl figures are worth the most worldwide. So run, don’t walk, to your collection, and see if you own any of the following!

First up, we have a POP which value has grown due to this Disney Legend’s unfortunate passing. If you happen to have a signed Stan Lee Funko POP, then you are in luck. These signed POPs are worth $6,100.

If you collect POPs and happen to be a Dumbo fan, you might want to check and see if you have any of these two. The Disney Dumbo (Clown) Funko POP was a Comic-Con exclusive and is now worth $7,430. Another Comic-Con (San Diego 2013) exclusive is the gold Dumbo figurine, which is worth $2,800.

This particular POP is Disney Pixar’s Mike Wazowski. What makes this Funko POP unique is that it is the glow-in-the-dark version. Just like the Dumbo POPs, this special Mike Wazowski was also exclusive just to Guests of Comic-Con and were sold as a first-come, first-serve basis — as there were only 480 pieces made. This limited edition POP is now worth $1,710. However, there is currently an eBay listing for this item valued at $10,000.

It just might be worth checking your Funko POP collection to see if you have any of these Disney figures. And in the future, it might be good to keep an eye on the more exclusive figurines to add to your collection!

Watch the full TikTok below:

What do you think about how much these Disney Funko POPs are worth? Let us know in the comments!

Comments Off on These Disney Funko POPs Are Worth Serious Cash!