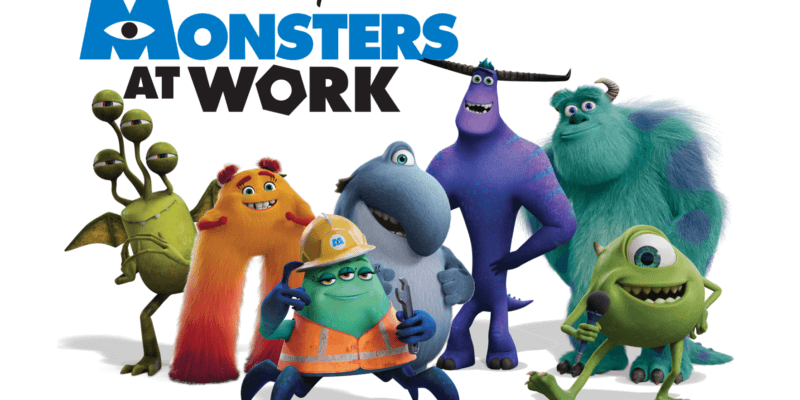 Disney has officially announced that their newest series Monsters at Work has a new Disney+ premiere date! Originally scheduled for a July 2 release date, Disney has now confirmed that the show will premiere on Wednesday, July 7, with additional episodes dropping each Wednesday after that.

Monsters at Work will have stars Billy Crystal and John Goodman reprising their roles as Mike Wazowski and James P. “Sulley” Sullivan. In a press release from Disney, the company shared what Guests can expect from the new series.

“Monsters at Work” takes place the day after the Monsters, Incorporated power plant started harvesting the laughter of children to fuel the city of Monstropolis, thanks to Mike and Sulley’s discovery that laughter generates ten times more energy than screams. It follows the story of Tylor Tuskmon, an eager young monster who graduated top of his class at Monsters University and always dreamed of becoming a Scarer until he lands a job at Monsters, Incorporated, and discovers that scaring is out and laughter is in. After Tylor is temporarily reassigned to the Monsters, Inc. Facilities Team (MIFT), he must work alongside a misfit bunch of mechanics while setting his sights on becoming a Jokester.

In addition to giving fans a premiere date, Disney also released a trailer for the show, which you can watch below!

However, if you were looking for Boo to show up in the series, you will be disappointed. Executive Producer Roberts Gannaway said that the series purposefully stayed away from the toddler who threw Monstropolis into an uproar in the original 2001 film, Monsters Inc.

Just to be very clear, Boo does not make an appearance in the series. I’ll kinda leave it at that. [Monsters Inc. director] Pete Docter and I had a nice discussion about Boo and we both agreed, the relationship between Boo and Sully is so precious, and so wonderful, that we want to leave it to the world to have their own interpretation of how that relationship continued, and not define it. That’s very important to Pete, and also us. It’s not that we don’t love Boo and don’t want to see her again but that relationship is so precious we want to leave it, let the world have that.

Monsters at Work will also star Bonnie Hunt as Ms. Flint, Mindy Kaling as Val Little, and Henry Winkler as Fritz. Bob Peterson will also be reprising his role as the always-watching Roz.

Will you be watching Monsters at Work when it premieres on Disney+ on July 7? Let us know in the comments!