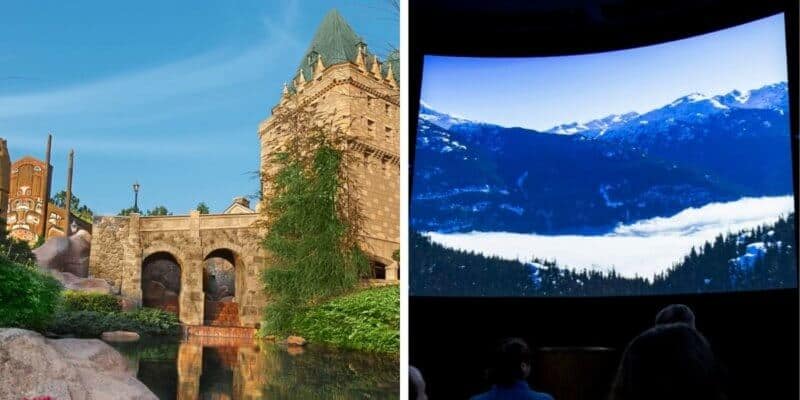 When Guests visit EPCOT, there is a lot to see, but it is the Disney World theme park with the least amount of offerings in terms of attractions.

From Frozen Ever After to Test Track to Soarin’, the E-Ticket attractions are sparse; however, there is still plenty to do when Guests visit the park. In some of the World Showcase pavilions, Guests can watch films about each county. In France, Impressions de France splits the theater with the Beauty and the Beast Sing-A-Long, and Reflections of China can be found in the China pavilion.

In Canada, Canada Far and Wide in Circle-Vision 360 has just been revamped to add narration done by Schitt’s Creek actors Eugene Levy and Catherine O’Hara. However, it seems that as of June 27, the attraction will no longer be available, according to the Walt Disney World website. When checking the refurbishment calendar, we can see that Canada Far and Wide is not listed either.

That being said, it would be odd for Disney to fully close the attraction considering it was very recently updated. Although Disney has not mentioned why the attraction will not be running as of June 27; one possibility is that space will be used for the Food and Wine Festival, which begins on July 15.

In the past, we have seen the space used as a show building for apple-inspired food and drinks, which may be what is happening this year. To convert the space, Disney would need to shut down the theater for a few weeks to get it ready for the festival, so with this theory, the timeline works.

It seems we will need to wait and see what will happen with the Canada Far and Wide in Circle-Vision 360 space.

Do you think that EPCOT should replace Canada Far and Wide in Circle-Vision 360? Let us know what your thoughts are in the comments below.