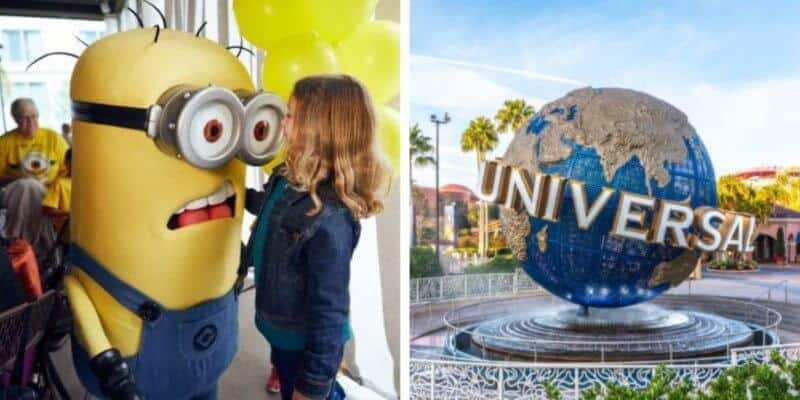 When Guests visit Universal Orlando Resort, their day could be made by the amazing attractions and attention to detail that the park offers, but a lot of the time, it is the Team Members that really bring the parks to life.

When Guests get to interact with a Team Member who is having just as much fun as them, it instantly becomes those moments that Guests remember when they are heading home from the best day ever! We often hear many discuss how fantastic Disney Cast Members are at bringing the magic to Guests, but Universal Team Members do just the same which is what makes the Orlando theme parks the spot to beat!

On a recent visit to Universal, a certain Team Member really went above and beyond to get us ready for a park-filled day. When Guests are walking to CityWalk to enter either Universal Studios Florida or Universal’s Islands of Adventure, the first thing Guests must do is go through security.

Security really is the first interaction Guests have with Universal staff, and although the airport-looking metal detectors and scanners may not scream fun, the staff do! When we were going through, a security officer stopped me with an intense look on his face. I was instantly worried that I did something wrong, but he proceeded to ask me if I had eaten bananas in the past 24-hours.

I let him know that I did not, and he was relieved! He told me that there was a young boy the other day who ate a bunch of bananas before entering Universal Studios, and once the minions from Despicable Me got ahold of him, they would not stop licking!

Of course, this was all made up, but instantly he had me laughing and introduced me to the world of Universal. The dedication the Team Member had to the story was admirable, and really enhanced my park day experience!

He even had a second story about Mickey and Minnie Mouse, noting that they were actually supposed to visit Universal Orlando Resort, but got scared that the Cat in the Hat would eat them.

The security officer was not the first Team Member to really engage with me and make my good day a great one, and it surely will not be the last!

What is a Team Member story you have from Universal Orlando Resort?