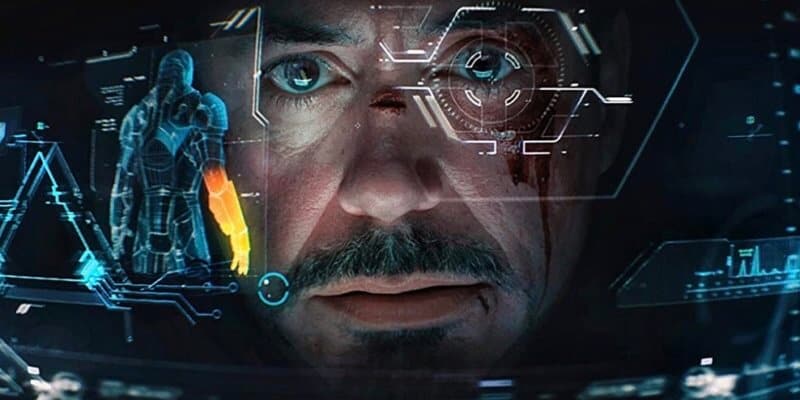 The Marvel Studios just released their upcoming film roster and plans for the rest of Phase 4 of the Marvel Cinematic Universe. But could the MCU be preparing for an Iron Man/Tony Stark return? We have reason to believe that this could very well be possible!

Marvel is releasing so much content for all MCU fans to enjoy! One of the most highly anticipated of these films is Shang-Chi and the Legend of the Ten Rings. But, could this Phase 4 film be bringing back Iron Man? The following signs point to yes.

TikTok user diceanddragons posted an interesting theory, and it just makes sense! While browsing the toy aisle in his local store, he stumbled upon the new Marvel figures collection for the Shang-Chi film. Among the collection is the figure for a Tony Stark A.I. The back of the packaging reads:

After a tragic battle, Tony Stark lives on in digital form as a hologram at the helm of a high powered robotic suit of armor.

Now, this doesn’t necessarily mean that Robert Downey Jr. will make a full comeback as Tony Stark, as the MCU is good at using flashback footage and could potentially use his voice and likeness for A.I. character. This would be great because there has been an overwhelming amount of support from fans wanting Marvel Studios to bring back Robert Downey Jr. to the Marvel Cinematic Universe.

Related: Marvel Fans Want RDJ Back as Iron Man, So They Bought a Billboard

Another theory comes to us from another film that is in the MCU Phase 4: the upcoming Doctor Strange movie. Not too much is known about Doctor Strange in the Multiverse of Madness. But, Tony Stark coming back to the MCU in that film has been a popular theory because the Multiverse could include anything!

When we look to the comics and history, the Tony Stark A.I. takes place after Civil War 2. This prompts an A.I. of Stark to be paired with one of the Iron Man suits — both of which were created by Stark himself. A package containing the A.I. is then sent to a prodigy who caught Stark’s attention, Riri Williams. And if you are really familiar with the comics, Williams then develops a suit for herself that will later become “Ironheart.”

However, with this figure coming out in a Shang-Chi and the Legend of the Ten Rings collection, it hints to fans that the Tony Stark A.I. could be featured in the upcoming film, or even that it could be hinted at in an after credits scene and leave a nice cliffhanger for Marvel fans to hang on to!

What do you think about a possible Tony Stark/Iron Man return? Let us know in the comments!