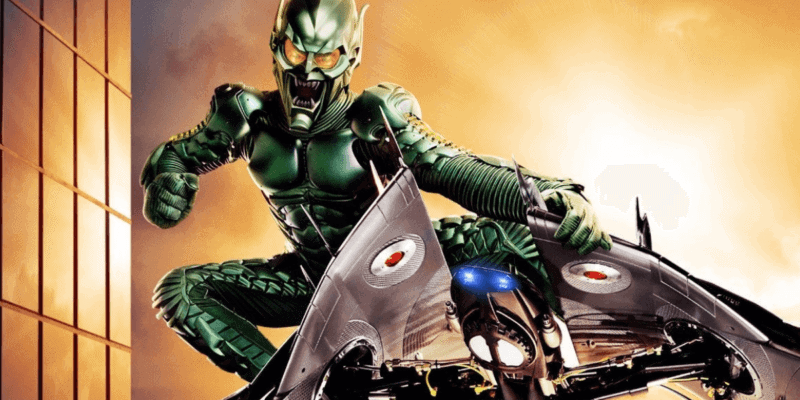 Rumors have been swirling for months over Spider-Man: No Way Home. Who is really in the cast? Will it deal with the Multiverse, as the title implies? Will we see past Spider-Mans from the pre-Marvel films, like Andrew Garfield and Tobey Maguire? What about Kirsten Dunst and Emma Stone? How will MJ play into all this? And just what is the story that the third Spider-Man movie will tackle?

The latest rumor is a big one: it suggests that Willem Dafoe’s Green Goblin will play a huge role in the film as the leader of the Sinister Six. In a podcast from Collider’s Jeff Sneider, the host makes a claim that Dafoe will be the main villain in Spider-Man: No Way Home, leading the Sinister Six.

Dafoe isn’t the only actor from the Sam Raimi and Marc Webb Spider-Man films who is apparently returning. Alfred Molina has been confirmed to reprise his role as Doc Ock and Jamie Foxx will return as Electro. And in the closing credits of Spider-Man: Far From Home, the film surprised fans by re-introducing J.K. Simmons’s J. Jonah Jameson.

Having Dafoe back in the Spider-Man universe — particularly the Marvel Spider-Man universe, now that Marvel is allowed to use those characters — would be pretty huge. And the Green Goblin is widely regarded as one of the best villains in Spider-Man lore. In essence, it would be a mistake not to bring Norman Osbourne back, especially as fans have been clamoring to see him reintroduced. The Multiverse would be a stellar way to do it.

Let’s also remember that technically, the Sinister Six was supposed to happen back in 2016. It would have been a spinoff film of the Amazing Spider-Man series between the second and third films, written and directed by Drew Goddard. The project was ultimately canceled, but that doesn’t mean that Marvel can’t resurrect it. And having the Sinister Six in the Marvel Universe as another big threat? Well, there’s a new world of Avengers now, and we could be building towards huge new conflicts.

Spider-Man: No Way Home arrives in theaters on December 17. We don’t have a trailer yet, but if Sony’s trolling is anything to believe, we should be getting one any day…let the speculation begin!

What do you think of the rumor that Norman Osbourne will return to the MCU? Sound off below!

Comments Off on Is Green Goblin Returning to Spider-Man Universe? Report Says Yes