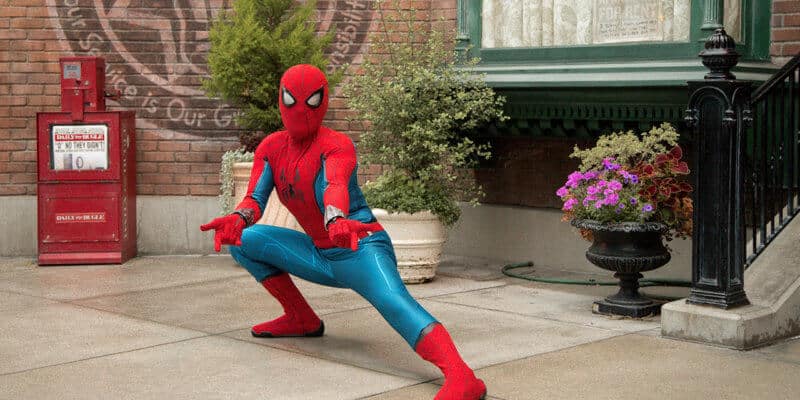 It’s always fun to be a Cast Member at Disney Parks, no matter who you play. But let’s face it: some characters are probably more fun than others. For example, if you play an Avenger, you’re probably going to get a lot of awestruck kids who want a selfie with their favorite Spider-Man or Captain America in real life.

One of those Spider-Mans is former Cast Member Ryan Kelly, who shared a fun video on TikTok telling one of his favorite “behind the scenes” stories while he worked at Disneyland Resort. And it’s pure Disney magic. According to Ryan’s story, he was working his Spider-Man gig when he realized a group of young kids was following him—without parents in sight. He immediately got down on one knee and asked them to give him a hug, which they all did.  (And then he told them, obviously, to go find their parents, just like your friendly neighborhood wall-crawler would do!)

Reply to @heyitsgeorgi_ I hope you like it! #wholesome #disney #disneyland #spiderman

With Avengers Campus opening next week, this is the perfect time to share such a heartwarming story. There are going to be so many more kids (and adults!) who will get to see Spider-Man for the first time and experience the magic of meeting an Avenger.

Ryan’s story doesn’t end there, though. He also shared a story about working as a stormtrooper, where he joked about having to be the “bad guy” when he didn’t want to be. He told a story about a young girl dressed as a female Kylo Ren, and how he walked her across the park as an “escort” — because she was Kylo Ren and needed assistance on the Dark Side, of course. Who knew stormtroopers had such hearts!

Cast Members making children’s days at Disney are always a fun treat, but it’s also really fun to see the small moments that go into making someone’s day. Hopefully, when the pandemic fully ends and things get back to normal, they’ll be more opportunities for character interactions like these. Until then, we’ll look back on these heartwarming videos and remember why Disney is really called the most magical place on earth.

What do you think of Ryan’s videos? Let us know in the comments!