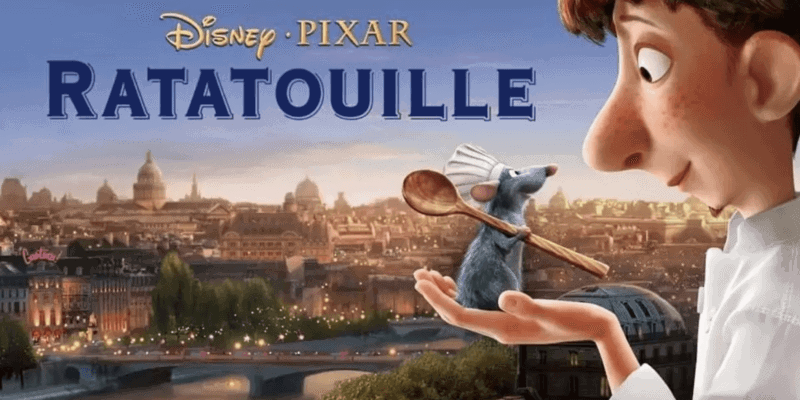 Disney recently announced new technology that would allow Guests to interact with Disneyland’s newest attraction — WEB SLINGERS: A Spider-Man Adventure. The WEB Power Bands will bring a new technology that has not been seen in the Disney Parks before. But it seems that Disney is not stopping there when developing interactive Guest technology.

It looks as though Disney is also creating a new shirt crawling Remy from Ratatouille!

Disney has filed some forms in the FCC Authorization Database that will bring a remote-controlled “shirt-crawler” to EPCOT. The shirt crawling toys will be in the form of the star of the 2007 film Ratatouille — Remy — and his brother Emile.

This new technology will allow the user to attach either Remy or Emile to their shirt, then with a remote controller that looks like a piece of cheese, the user will then be able to make the new toy move up and down and all around their shirt.

Currently, Disney has magnetic shoulder plush toys that can sit on the shoulders of Guests, but the toys are plushes that do not move. The shoulder plushes come in several versions, including Pascal from Tangled, Porgs from Star Wars, Mushu from Mulan, and more!

While Disney has not officially announced this new robotic merchandise, it does seem that it may be coming to EPCOT soon. The label that Disney submitted to the FCC showed that the robotic toys will be a part of the merchandise being released to celebrate the opening of Remy’s Ratatouille Adventure.

Remy’s Ratatouille Adventure is scheduled to open in the France Pavilion at EPCOT on October 1, 2021, the day that Disney World’s 5oth anniversary will begin. The new ride will take Guests on a 4D adventure through the rooms of Gusteau’s famous Parisian restaurant. The ride will be similar to the current attraction located in Disneyland Paris.

If and when Disney comes out with these new shirt crawling robotic Remy and Emile toys, that could signal the beginning of a major step in how Guests interact with attractions and merchandise at Disney theme parks!

Are you excited to see these new interactive toys? Will you buy one when they come out? Let us know in the comments!