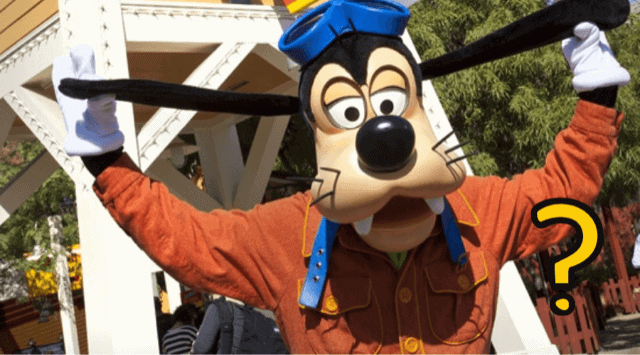 Walt Disney said it best when he expressed, “It all started with a mouse.” And although Mickey Mouse is the one that started it all, there’s another member of the Fab Five who’s making headlines lately.

A debate over social media has sparked and gone viral over Goofy. The topic at hand: what animal is Goofy exactly?

Making the Case: Goofy is a Cow

Many Disney fans believe Goofy is a dog. However, this has been thrown into question thanks to a now-viral TikTok video.

In this video by Myrna Nuarpha, offers this rhetoric, “How old were you when you found Goofy was actually a cow and not a dog?” The video currently has over 800,000 views and plenty of comments with Disney fans weighing in on the debate.

This debate gets sparked up everyone once in a while. Before you chalk this up to simply the opinion of a TikToker, Disney Legend Bill Farmer, the voice of Goofy since 1987 weighed in on the subject of Goofy’s species and said “He is not a dog”.

We will get to Bill Farmer’s thoughts on Goofy’s origins but first, the reason the debate even exists seems to be due to the way Goofy is and has been animated. He does seem to have a lot of human likeness to him — more so than Pluto, who is Mickey’s pet dog, whereas Goofy has been widely recognized as more of an anthropomorphic dog with more human-like features.

There are plenty of times when Goofy is compared to Clarabelle cow and even Horace. Despite the fact that these characters were animated with similar techniques, Clarabelle is a cow and Horace is a horse.

And although there is even more speculation that Goofy is actually a specific type of cow — an Aberdeen Angus cow, to be exact — not all Disney fans are buying into this!

Making the Case: Goofy is a Dog

This new character was first given a name, Dippy Dawg, in the newspaper comic strips. A 1938 book indicated the first change to Dippy’s name, The Story of Dippy the Goof, and by 1939 the final change was made with the release of the cartoon Goofy and Wilbur. Goofy was created as a human character, as opposed to Pluto, so he walked upright and had a speaking voice.

There you have it, while the debate will no doubt continue, Goofy is more dog than cow, but as is the case with any Disney character with human features you can certainly make whichever case you desire with a fair amount of support on either side.

What side of this debate do you stand on? Do you think Goofy is a dog or is Goofy a cow? Let us know in the comments!