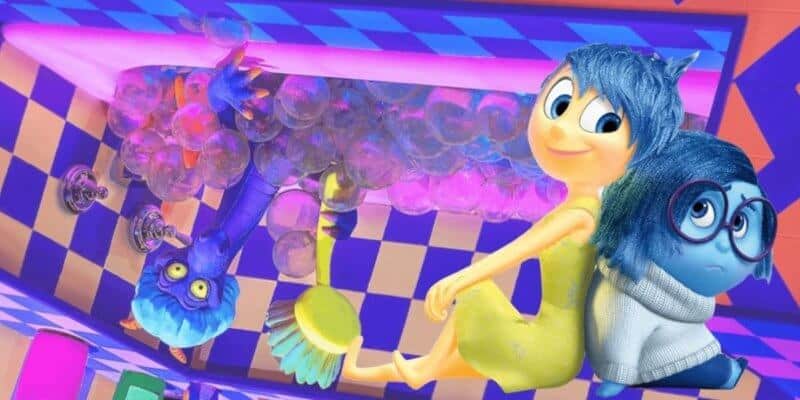 The Disney Parks are always evolving and moving forward. Walt Disney himself once said, “We keep moving forward, opening up new doors and doing new things, because we’re curious … and curiosity keeps leading us down new paths.”

With that being said, some Disney fans feel as though there is one attraction at Walt Disney World that needs some reimagining — Journey Into Imagination With Figment.

The Journey Into Imagination Pavilion initially opened in 1982, with its signature dark ride opening in 1983. The attraction has gone through a few different versions, with Dr. Nigel Channing replacing the Dreamfinder in 1999.

In case you’ve never experienced this attraction before, the official description of the current version of the ride reads:

Figment Turns Inside Out?

Journey Into Imagination With Figment has been a hot topic these last few years with many feeling the ride has become outdated and not as popular as it once was. With that being said, fans aren’t hesitating to come up with ideas on how Disney can bring some magic to the ride once again.

One Reddit user, jakmckratos, took to the social media platform to share an idea they had — Figment turns Inside Out! Their ride idea includes reimagining Journey Into Imagination With Figment into an attraction featuring both Figment and the Disney Pixar film, Inside Out.

The post begins by discussing how Figment and the characters from Inside Out have more in common than one may realize. With both being from inside someone’s head, it seems as though the two would work perfectly together for a new ride. jakmckratos writes:

[…] imagined a ride where Figment(who came from the inside of someone’s head) interacts with the different characters from Inside Out(which also takes place in someones head) and Figment breaks out of the Imagination Land section of Riley’s mind and the various characters try to contain Figment’s chaos in their own different emotinal ways. What guests would be treated to would be different rooms with different sights based on the character chasing Figment(for example Anger’s room would be complete chaos and we’d see different imaginary characters and sights trying to catch figment while Fear’s would have some of those creepy sights from the OG ride like the flowers with teeth and the creepy hand coming out of the box.

The user then went into detail explaining just how the ride system would work. They integrated a “Train of Thought” from the film Inside Out, which is a great touch!

I’d imagine it’d be a different type of ride system and be called a “Train of Thought”(trackless floor ftw) and the way it moves depends on which character’s corridor is being navigated(slow and deliberate for Sadness…jerky and prone to stop quickly for Disgust etc.) and we’d be treated to some fantastic visuals, spectacles of light effects and of course high-tech animotronics of ALL the characters while Figment gets the gang to put their own imagination to the test and we explore the different worlds that emotions can bring our imagination to.

They then concluded the post by explaining how this crossover would celebrate both Figment, an iconic part of EPCOT, while also bringing in a new generation with the Disney Pixar film, Inside Out. And they even gave us an idea for what the final scene would include — hint: “Who’s your friend who likes to play?”

This crossover would be a perfect way to celebrate a new fantastic franchise from within the Disney pantheon while effectively rebooting a ride in desperate need of some love. What do you think?????

BONUS: The final scene could be Bing Bong and Figment having lunch to alleviate the incredible pit of sadness that was Bing Bong’s demise.

As a huge Figment fan and also an Inside Out fan, I would love to see Disney take this idea and make it a reality! It seems as though Figment and the characters from Inside Out would work perfectly together and the “Train of Thought” idea ties it all together.

There are other Disney fans who would love to see Inside Out collide with Figment as well, including Twitter user DisCounselor Dan. Though they would love to see Dreaamfinder come back to the attraction, if that is not an option they are on board with Inside Out:

If Disney refuses to fix Journey Into Imagination (as in return Dreamfinder and original Figment) I’d much regather them replace it with an Inside Out imagination attraction staring Bing Bong. There, I said it, as much as it pains me to say.

and Dreamfinder’s Ghost (dreamfindrghost) replied to one question that Mateo asked, saying they would love to see Inside Out come to Journey Into Imagination With Figment:

Redo Journey Into Imagination to be a Figment/Inside Out smashup

Redo Journey Into Imagination to be a Figment/Inside Out smashup

However, there are others that feel as though turning Journey Into Imagination With Figment into an Inside Out themed ride isn’t the best idea. For example, spade (@spadearts) took to Twitter to share:

journey into imagination good end: figment and dreamfinder appear in the s.e.a. series and disney uses it as an excuse to refurb the ride

journey into imagination neutral end: s.e.a. is canceled and nothing happens

journey into imagination bad end: inside out retheme

journey into imagination good end: figment and dreamfinder appear in the s.e.a. series and disney uses it as an excuse to refurb the ride

journey into imagination neutral end: s.e.a. is canceled and nothing happens

journey into imagination bad end: inside out retheme

If they get rid of Figment in the new Journey into Imagination refurbishment (That may be happening in a few years), and replace it with an Inside Out ride, I will seriously never go back to #Epcot

If they get rid of Figment in the new Journey into Imagination refurbishment (That may be happening in a few years), and replace it with an Inside Out ride, I will seriously never go back to #Epcot

There was also one Twitter user, who goes by DJ Clulow in the tiki tiki tiki room, that pointed out a Figment Easter egg in Inside Out!

Rewatching Inside Out ( thanks #DisneyPlus) and I never noticed the Figment Easter egg before! #Epcot #EpcotCenter

Rewatching Inside Out ( thanks #DisneyPlus) and I never noticed the Figment Easter egg before! #Epcot #EpcotCenter pic.twitter.com/P5riE8OB8Q

What do you think about reimagining Journey Into Imagination With Figment to include Inside Out? Let us know in the comments below.