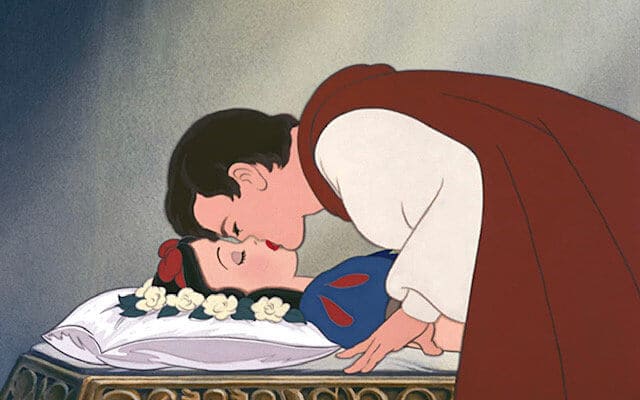 Disneyland just reopened its gates after being closed for over a year due to the global pandemic. Although some experiences were limited or modified, fans still enjoyed all that the resort has to offer. However, fans were a bit apprehensive when it came to the newly reimagined Snow White ride, Snow White’s Enchanted Wish.

When Disney first announced this reimagining, there was already some push back. This typically comes from devoted Disney fans who love the classics, as we all do. Many don’t like seeing original attractions rethemed or reimagined in any way. However, seeing Disney craft a beloved story and put that back into the attraction was refreshing, and so a majority of Disney fans have actually been enjoying the new additions to the Snow White attraction at Disneyland, although some weren’t so thrilled.

Even though not all fans of the attraction were receptive to the changes, it was more of the “why” that was getting plenty of buzz. Mainly, the controversy started over the new ending scene of Snow White’s Enchanted Wish. The scene features a “True Love’s Kiss” between Snow White and the Prince. This awakens Snow White from the Queen’s Sleeping Death curse.

The reason this is causing a bit of an upstir is because of a publication by the San Francisco Gate newspaper, which claims, “A kiss he gives to her without her consent, while she’s asleep, which cannot possibly be true love if only one person knows it’s happening”.

However, Disney fans had quite a big reaction to this news and are coming to the defense of the newly reimagined Disneyland ride. Inside the Magic reader Eric J. had the following to say:

“Is there one female Disney-deconstructionist fan on the planet who remembers that Snow and the Prince ALREADY KNEW EACH OTHER after that first scene at the well? So, no, she’s not “throwing her dreams away waiting for a man to show up” when she sings that song about hoping the Prince would find her in hiding…She’s waiting for the guy who already said he’s crazy about her to show up, and he does. Next argument”

While Inside the Magic Facebook follower Billy D. had this to say:

“Or she stays poisoned/dead, plus didn’t that one sing about one day her prince would come?”

And Facebook user, Clairann C., was in favor of preserving the magic of “True Kove’s Kiss” by stating:

“For crying out loud!!! What part of “Fairytale” are they missing here. Leave true loves kiss alone.”

In our most recent Instagram poll, we wanted to see how fans who have experienced the attraction felt about the new end scene. Overwhelmingly, most were in favor of the new scene and didn’t seem to see an issue with the storytelling of Snow White’s Enchanted Wish. 81% of those polled said they like the new scenes, while 19% preferred the previous version of the attraction (Snow White’s Scary Adventures).

Don’t forget to check out our ride through of this newly reimagined attraction below!

What do you think? Have you gotten the chance to experience Snow White’s Enchanted Wish? Do you see an issue with the final scene change? Let us know in the comments!

Making a visit to the Happiest Place on Earth this summer? Let Academy Travel help with all your vacation planning!