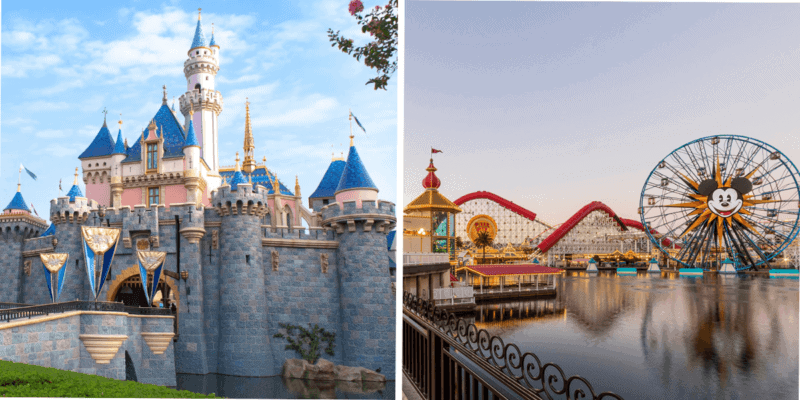 Disneyland and Disney California Adventure Park officially reopened on April 30, but due to COVID-19 restrictions, were only able to operate at a limited capacity. In addition to the lower crowds were also lower hours. Both theme parks were only open from 9 a.m. to 7 p.m. for the first two weeks after the parks opened.

On Friday, May 14, operating hours for Disneyland Park and California Adventure were extended from 9 a.m. to 7 p.m. to 9 a.m. to 9 p.m. While the current Disneyland Resort calendar only goes through July 3 at this time, it appears that the theme park’s hours will be extended once again.

Beginning July 1, theme park operating hours for Disneyland Park will be 8 a.m. to 10 p.m. Disney California Adventure Park will be open from 8 a.m. until 9 p.m. For those Guests who purchase Park Hopper tickets, the Park Hopping time will remain the same — Guests will continue to be able to head to their second park beginning at 1 p.m.

The extension of theme park hours will come two weeks after the state of California is expected to lift all pandemic-era restrictions, including theme park capacity limits, starting on June 15. When the restrictions are lifted, Disneyland and Disney California Adventure Park will be able to operate at full capacity once again. It should be noted that Disneyland Resort officials have not made any announcements about when the theme parks will operate at full capacity at this time.

The theme park hours extension comes on the heels of two other major announcements from Disneyland Resort — that they would be able to increase their capacity limits to 35%, up from 25% beginning immediately, and that they would be ending mandatory temperature screenings for Guests and Cast Members beginning June 15.

While Disneyland Resort may be loosening some restrictions, there are some that will remain in place. All Guests visiting the Disneyland Resort must wear masks at all times, except while actively eating and drinking. Social distancing will also be enforced with signs and ground markers throughout the resort. Disney has made no official announcement as to when mask mandates and physical distancing will end.

Will you be visiting Disneyland Resort when it extends its hours? Let us know in the comments!