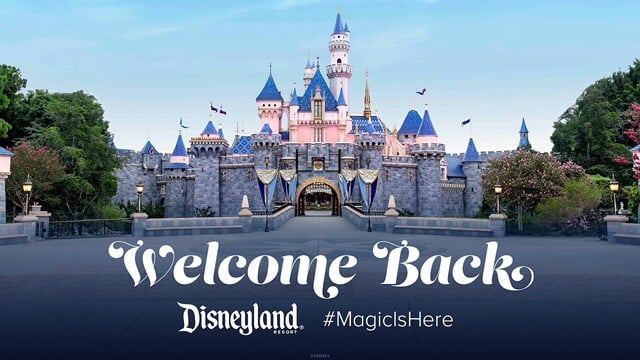 California has met the health metrics put in place to fully reopen its economy on June 15. That means that all mask mandates, as well as physical distancing restrictions, will be lifted throughout the state, and businesses would be allowed to operate without capacity restrictions.

Proof of vaccination will not be required for any activities. However, the state government will recommend that certain “mega-events” have certain requirements. Again, these will be recommendations from the state and are not required.

Per a report from ABC7, the government will recommend (not require) the following guidelines be followed at mega-events:

With this newest announcement, Disneyland Resort, as well as Universal Studios Hollywood and all other theme parks throughout the state, would be able to allow way more Guests and operate at full capacity beginning June 15.

Since the Disneyland theme parks are currently operating and welcoming thousands of people every single day, it stands to reason that theme parks like Disneyland and Disney California Adventure would be considered “mega-events,” although, according to the guidelines that were released, theme parks/amusement parks were not originally listed as an example of either an indoor or outdoor “mega-event.”

However, per the OC Register, California officials later confirmed that theme parks do indeed fall into the “mega-event” category given the thousands of Guests that enter parks like Disneyland and Universal Studios every single day.

With the state reopening on June 15, that means that Governor Gavin Newsom’s Blueprint for a Safer Economy tiered reopening plan will no longer be in place. ABC7 reports:

All of California’s restrictions on travel outside the state will be lifted. Any travel restrictions down the line will be in alignment with the CDC, Health and Human Services Secretary Dr. Mark Ghaly said on a call with reporters Friday.

California is also not considering creating a vaccine passport at this time, Ghaly said.

These restrictions are being lifted statewide. That means we’ll be saying goodbye to what California officials call the “Blueprint for a Safer Economy.” (Most people know it as the color-coded county tier system below.)

When the state lifts all restrictions under this color tiered system and when travel restrictions in the State of California change, that means that Disneyland will most likely begin allowing out-of-state Guests. Universal Studios Hollywood theme park currently allows out-of-state Guests 16 and older who can show proof of vaccination. Disney has not made a statement about out-of-state visitors being able to visit the theme parks again at this time.

The removal of the tier system also means that restaurants will be able to operate at full capacity once again. Under current tier 4 (yellow tier) restrictions, restaurants at both the Disneyland Resort and Universal Studios Hollywood can operate at 25% indoor capacity and 50% outdoor capacity.

Sabrina Demayo Lockhart, executive director for California Attractions & Parks Association made the following statement that was reported in The Orange County Register:

“The latest state guidance gives amusement parks a path to get more people back to work and provides visitors more options for safe family fun this summer,” CAPA executive director Sabrina Demayo Lockhart said in a statement. “The safety of amusement park guests and our staff remain a top priority. As the state economy reopens, amusement parks will update their own safe and responsible plans for operation based on state and local guidelines.“

As of this article’s publication, Disneyland and Universal Studios Hollywood have not made official announcements about how they will change their operations, face mask requirements, or capacity restrictions. Disney officials have said, however, that they plan to increase capacity at the Disneyland Resort as soon as they are allowed to do so, and Disney CEO Bob Chapek has said that the company is encouraged by new CDC guidelines for face masks and social distancing.

We will update Inside the Magic with more information as it is released.

Will you feel comfortable going to Disneyland when it is at full capacity again? Let us know in the comments!

CLICK HERE to get started booking your Disney vacation with Academy Travel today!