How Will a Disneyland Capacity Increase Impact Wait Times? - Inside the Magic 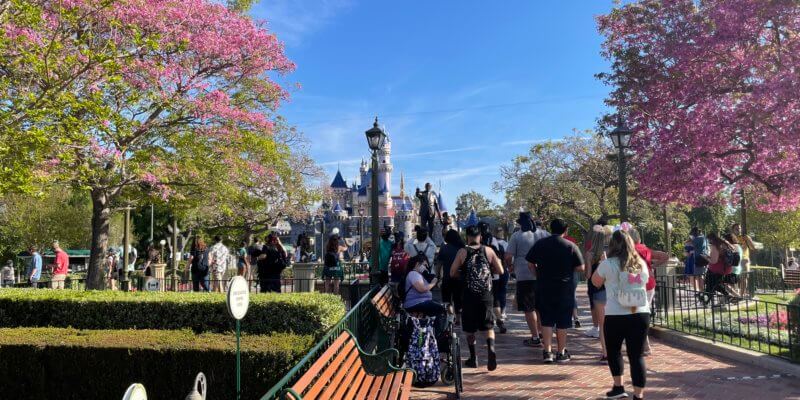 It has been a whirlwind of good news for Disneyland Guests over the last few weeks. Recently, Orange County, California was given the green light to increase capacity in theme parks including Disneyland Resort since the county reached the yellow tier, tier 4 of the State of California’s reopening plan. After this news spread, it was only fitting that Disney increased more opportunities to visit the parks with more theme park reservations.

Keeping that in mind, many Disney fans are concerned that with an increase in capacity comes longer wait times for Disney attractions. Here’s a look at what we know so far regarding wait times in both Disneyland and Disney California Adventure Parks.

Fans and hopeful Disneyland Guests have been pre-warned as Disney has been preparing to fully operate their parks. In a second-quarter earnings call, Disney CEO Bob Chapek stated that he doesn’t believe Disneyland Resort will have any problem increasing attendance as the theme parks are allowed to increase capacity:

If you’re a frequent Disney fan who visits the parks on a regular basis, you can recall that Disneyland and California Adventure were usually busy especially during the summer months during the pre-COVID-19 days, and often this left Disney Guests waiting in very long lines. Well, we’ve quickly noticed today, that since Orange County moved to into the yellow tier, it looks like we’re headed for long wait times for popular Disneyland Resort attractions, especially with FASTPASS, MaxPass, and Single Rider suspended.

After reviewing the wait times in Disneyland and Disney California Adventure, we quickly came to a realization that this might indeed be true. According to the Disneyland app, Radiator Springs Racers early this afternoon was at a 120-minute wait!

We noticed that Haunted Mansion, which is one of Disneyland’s most beloved attractions, used to be only a 20-40 minute wait when the park first opened. Now it seems that Disney fans will have to brave the long lines as the current wait time this afternoon stood at a 65-minute wait.

Keep in mind that although it may seem that social distancing may be the reason for lines stretching out and wait times being long, with Disneyland and DCA now being allowed to operate at 35% capacity, Disney visitors may need to get used to waiting in longer lines.

Not only is the capacity something we should consider, but also some Disney attractions are still unavailable due to being temporarily unavailable and refurbishments. Many rides and Disneyland attractions such as Finding Nemo Submarine Voyage, The Matterhorn, The Jungle Cruise, and the Golden Zephyr are closed. Shows and parades aren’t operating right now, either. Without all attractions and experiences available for Guests, that means that the attractions that are open will likely have longer lines than they otherwise would.

Right now, Disneyland Resort has not yet confirmed when amenities like MaxPass, FASTPASS, and Single Rider will return. And although Disney hasn’t provided an update on the operating capacity of the theme parks of the Disneyland Resort, we know the parks were prepared to welcome more Guests and they were planning to increase capacity as soon as they were allowed to do so. So, bringing back things like MaxPass would be helpful in allowing Guests to experience more attractions in a given day.

All we can suggest is if you’re planning a day at the parks and want to experience as many attractions as possible in one day, we recommend choosing weekday and early morning visits.

Keep in touch with Inside the Magic as we will keep you informed on updates and announcements regarding current Disneyland Resort operations.

Do you think Disney should bring back the Max Pass soon? Have you seen a change in wait times recently? Let us know in the comments below!

Click the link to book your upcoming Disney vacation with our friends at Academy Travel today!