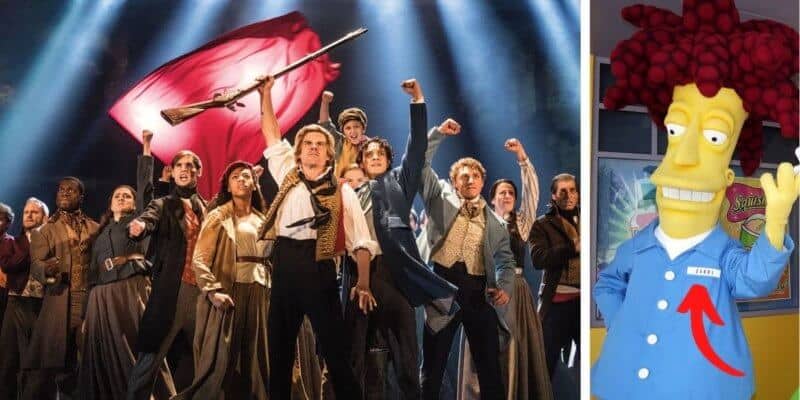 Disney and Universal are typically always in a friendly battle with each other in one way or another. Being two of the biggest theme park companies in the world, this is to be expected — but, they do share some common ground, and that is because of “Les Misérables”.

The Tony award-winning Broadway show “Les Misérables”, based on the 1862 Victor Hugo novel of the same name, has been incredibly popular since its first performance in 1985. Since then, it has toured the world, been made into an Oscar-nominated film, and is a staple in classic musicals. Because of this, many of the songs are very well known, and it seems Disney and Universal both wanted to lean into that familiarity.

In a Twitter thread started by Jennifer (@JLap64), we saw that the Disney fan noticed that Dale’s prison outfit inmate number is “8675309”. If those numbers sound like they flow well for some reason, that is because of the classic Tommy Tutone song!

Just drinking my coffee and thinking about this again #jenny

Just drinking my coffee and thinking about this again #jenny pic.twitter.com/4Eeof1P809

After that Tweet was sent, a Twitter thread began with other fun Easter eggs about other characters. It looks like another inmate outfit over at Universal got creative as well, as Sam Carter (@cartersauce) shared that Sideshow Bob’s prison number matches “Les Mis” main character Jean Valjean’s reading “24601”:

That is up there with Sideshow Bob

Later in the chain, Heather (@heatherw25) pointed out that the Frozen Fantasy Faire show at Disneyland also utilized the iconic number sequence on a prison window.

The frozen fantasy faire show at Disneyland did this too

The frozen fantasy faire show at Disneyland did this too ? pic.twitter.com/b7StRGu4Hq

Although Dale’s reference is quite hilarious, the “24601” reference that both Disney and Universal have made is especially perfect because they both used it in the context of a prison number, which is exactly what it is used for in its original context.

These little Easter eggs are super fun for Guests to pick up on when in the theme parks and give each a reason to return as there is always a new detail to discover no matter how many times you have visited.

What are some theme park easter eggs that you love to see when you are at Disney or Universal?