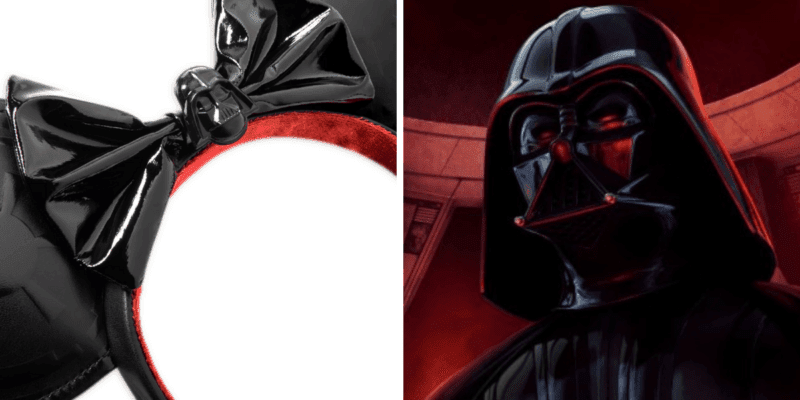 May the Fourth be with you! To celebrate Star Wars Day, Disney has been going all out with bid reveals for the upcoming Star Wars-themed hotel — the Galactic Starcruiser — to additional details about the Star Wars: Hyperspace Lounge coming to the Disney Wish, and an incredible new movie realistic Lightsaber.

But perhaps some of the most exciting announcements on Star Wars Day have been about the merchandise! Check out this pair of Darth Vader-inspired Minnie Mouse ear headband that will let everyone know who rules the galaxy.

Ashley took to her Instagram to show fans the ears, and let them know they would be available in the Disney theme parks soon!

May The 4th Be With You! I’m beyond excited to share my new Darth Vader inspired ears! Available today for pre-order on @shopdisney starting at 10AM EST/ 7AM PST and later this month @waltdisneyworld and @disneyland

Warning: You will feel the power to Rule the Galaxy while wearing these ears!

We really love the look of these ears and I personally cannot wait to add them to my collection.

While they will be released in the parks later this month, you can go ahead and pre-order the ears on shopDisney.com which is completely taken over with Star Wars merchandise for May the 4th.

The back of the ears read “rule the galaxy” while the front showcases Darth Vader’s helmet and iconic imagery in a perfectly wrapped bow.

Pre-order your pair of Darth Vadar Minnie ears for $34.99 by clicking here! This is a $5 difference from other Minnie Mouse ears which are typical $29.99, but for these ears, we think the upcharge in price is worth it. Again this Minnie ear headband will be available later this month at both Walt Disney World and Disneyland Resort.

Will you be ordering the Darth Vader Minnie ears? Let us know in the comments!