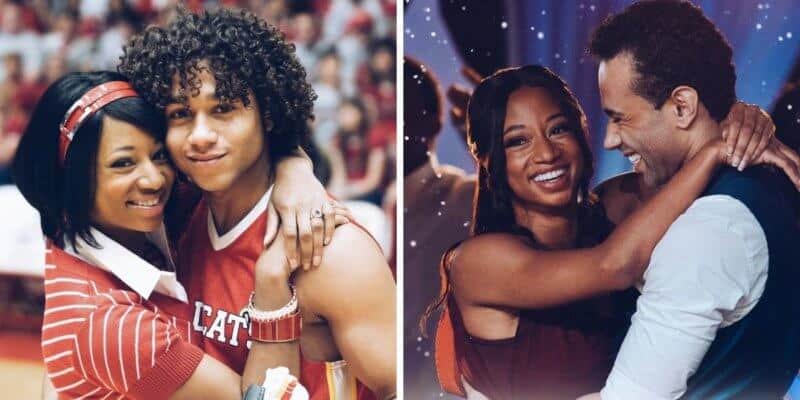 “Wildcats, everywhere, wave your hands up in the air!”

Bleu and Coleman and reuniting for the first time since starring in the 2006 Disney Channel Original Movie, High School Musical, to star in a new Lifetime film, A Christmas Dance Reunion. In High School Musical, Bleu took on the role of Chad, a star basketball player and Troy’s (Zac Efron) best friend whereas Coleman played student Taylor, best friend to Gabriella (Vanessa Hudgens).

Now, for the upcoming film, Vulture reports that A Christmas Dance Reunion will follow Coleman as a “successful attorney named Lucy Mortimer, who, along with her mother, returns to their old holiday getaway, the Winterleigh Resort, where she’s reunited with her childhood Christmas Dance partner, Barrett Brewster (Bleu), nephew of the owner. Together, they reinvigorate the holidays at the resort, but can they give that same passion to each other?”

Coleman originally shared the news on Twitter, posting a photo of herself and Bleu from High School Musical side by side with a photo from the upcoming Lifetime film with the caption “How it started -How it’s going”.

Bleu retweeted Coleman’s Tweet with a winky face as his caption, which you can see below.

This has been the hardest secret to keep!!! Starring in a @lifetimetv Christmas Movie has always been a dream of mine, but never in a million years did I think I’d get share the screen with one my favorite people !!! @corbinbleu & I are SO excited to join the #ItsAWonderfulLifetime this winter in #AChristmasDanceReunion ??♥️?

And, Corbin Bleu also shared the news to his Instagram writing:

I’ve got an early Christmas present for you! ? Coming this winter, I’ll be joining the #ItsAWonderfulLifetime lineup in #AChristmasDanceReunion with @_moniquecoleman!

I, personally, cannot wait to see Bleu and Coleman reunite on screen for the first time since 2006. Though we do not have an exact date for the debut, I am counting down the days until the holiday season already!

Are you excited to see High School Musical stars Corbin Bleu and Monique Coleman reuniting for a new film? Let us know in the comments below.