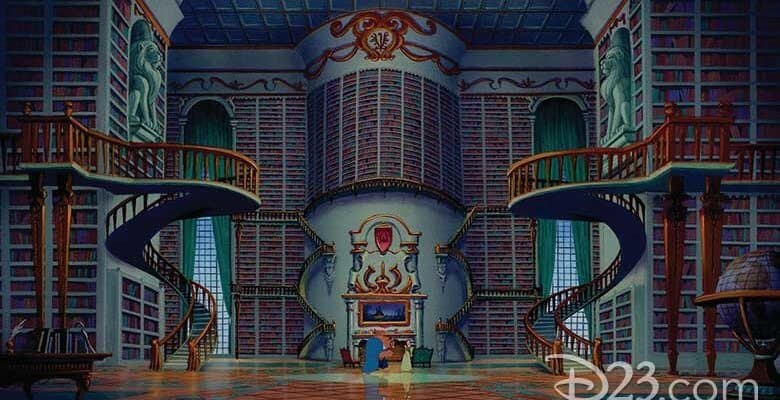 Each and every day Disney is giving us more exciting new information on what will be offered on the newest ship in the Disney Cruise Line fleet, the Disney Wish.

Today, we have discovered more details about Belle’s Library right out of the animated classic Beauty and the Beast will be coming to the Disney Wish!

The Disney Wish is what Disney is calling “a castle on the sea”, filled with magic, whimsy, and of course the beloved Disney Princesses. Cinderella is the centerpiece story of the Disney Wish, as after all, “a dream is a wish your heart makes”. However, other fan-favorite Disney Princesses will be heavily featured throughout the ship.

There will be multiple two-story suites themed to the story of Sleeping Beauty, as well as concierge-level suites themed to Rapunzel from Tangled, and Ariel from, of course, The Little Mermaid. While Belle’s enchanting story from Beauty and the Beast would be woven throughout the ship’s adult-only dining locations, it was also revealed that Belle’s Library will be coming to Disney’s Oceaneers Club onboard the Disney Wish!

Here is the announcement from Disney Parks Blog:

At Disney’s Oceaneer Club, young princes and princesses will be invited to explore Belle’s library as part of the royal trio of activity rooms in Fairytale Hall. There, kids will act out some of their favorite stories with Disney friends. And who knows? They might just meet the courageous princess – an avid book reader herself!

Can you imagine getting the smile on your child’s face when they read a story with Belle?

The Oceaneers Club will also feature Marvel Super Hero Academy, as well as the Walt Disney Imagineering Lab. The Imagineering Lab will be geared towards the older kiddos!

There is so much we still want to learn about the Disney Wish before it sets sail on its maiden voyage on June 9, 2022. Stay tuned to Inside the Magic for all the latest news about this incredible new ship!

Bookings for cruises on the Disney Wish open May 27, and the ship will be sailing three and four-night cruises to the Bahamas and Disney’s private island, Castaway Cay.

You can read everything we know about the Disney Wish here.

What do you think about Belle’s Library on the Disney Wish? Let us know in the comments!

Want to book a cruise on the Disney Cruise Line? Let us help — Click here for more information.