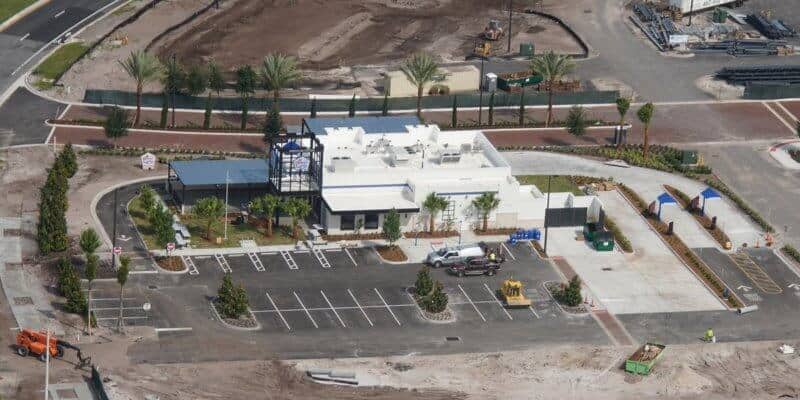 Going to Disney World is one of the ultimate havens for a foodie, as the Disney bubble caters to any food palette with a variety of options. However, sometimes Guests may not know that Orlando as a whole has excellent food options that Guests can enjoy.

White Castle is a very popular fast-food chain that is beloved by many, and until now, has not found a home in the state of Florida for the past 50 years. Now, Disney Guests are about to have the opportunity to head on over to the slider king because the largest free-standing White Castle is opening, and it will be only minutes from Disney World.

On May 3, White Castle at O-Town West on Daryl Carter Parkway near Disney Springs will officially be open! This means, that Guests no longer need to only eat the quick-service burgers that Disney food courts have to offer, as the option to Uber to White Castle, or drive, will be readily available.

White Castle opened a ghost kitchen in Orlando in February, according to the Orlando Sentinel, it had to shut down “abruptly” due to overwhelming demand. White Castle has learned that the people of Orlando are craving their food because their burgers now have a limit as to how many each customer can order. As we previously reported, Guests can only order 60 sliders per person, which may seem like a very large amount, but to burger-lovers credit, their sliders are smaller than typical burgers.

Bioreconstruct (@bioreconstruct) has now showcased a bird’s eye view of the new establishment, and it looks ready to go! The surrounding area may still be dirt-filled, however, White Castle itself has been groomed and will be ready for Guests on May 3.

Aerial view of the White Castle opening May 3 North of Lake Buena Vista. Located on Daryl Carter Pwy at Palm Pwy, across an I-4 overpass from the Orlando Vineland Premium Outlets.

Aerial view of the White Castle opening May 3 North of Lake Buena Vista.

Located on Daryl Carter Pwy at Palm Pwy, across an I-4 overpass from the Orlando Vineland Premium Outlets. pic.twitter.com/bSIOz9v6xj

It will be interesting to see if Uber Eats, or any food delivery services will have White Castle as an option for Disney Resort Guests to order to their hotel. When the ghost kitchen was active, Disney World was outside the range of delivery, but that location was in Downtown Orlando, which is much further than its real location. We will just have to wait and see!

Would you leave Disney World to get food? Or do you only stay on property?