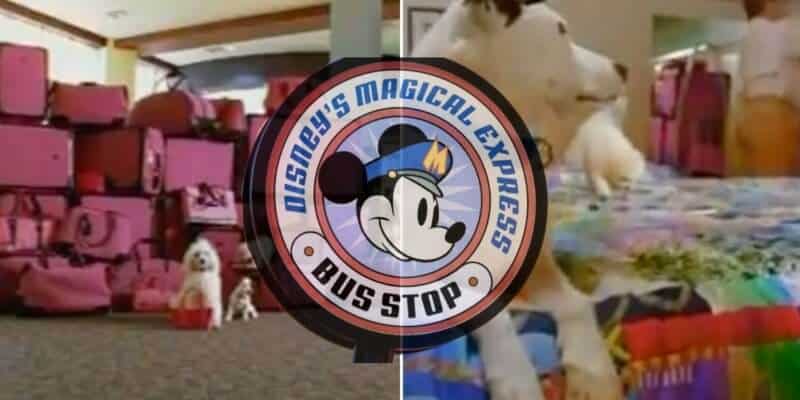 When Guests arrive at Disney World, one of the best parts of their vacation is that it begins at the airport!

For Guests flying into Orlando International Airport (MCO), as soon as they arrive, they head straight to the Magical Express where a Cast Member drives them to their Disney World Resort hotel, all while they enjoy the Disney-themed coach bus! Currently, Disney also collects luggage and magically delivers Guests’ bags to their room. And, on your way home, even though leaving Disney is never fun, Guests get to soak in every Disney moment as the Magical Express perfectly ends every Walt Disney World Resort vacation.

Related: 560 Baggage Service Workers Laid Off: What is the Future of Magical Express?

However, Disney has now decided to bring the complimentary service to an end as of January 1, 2022. This is something that many Guests have lamented over, as the Magical Express has become one of the most unique things about a Disney World vacation, and really sets the tone of being immersed in a magical world full of fantasy, just as Walt Disney always wanted — “Here You Leave Today And Enter The World Of Yesterday, Tomorrow And Fantasy”.

Although the service is ending, our memories of it do not have to!

Take a look at how Disney’s Magical Express looked in 2005 when Walt Disney World announced the service for the first time, thanks to YouTuber Player Pat!

It is adorable to see how Disney decided to intro Magical Express with these puppies — and how the main purpose of the commercial really seemed to cater to the luggage delivery aspect of the service.

Related: What Happens When Your Disney Resort Isn’t So Magical

Now that Magical Express is ending, Mears, the company that operates all of the busses, has announced that Mears Connect will begin in 2022. This new service will allow Disney World Guests to book their own rides to and from their Disney Resort hotels from the airport.

However, it will no longer be officially connected to Disney. That means, that the luggage delivery to your room service will likely never return because you need Cast Members to bring the luggage over into Guest rooms, not a third-party transit service. So, it seems that the thing Disney World showcased the most at its inception is truly gone — at least for now. Disney has yet to announce if they will be offering their own service at a future date and Mears has not officially commented on luggage delivery.

As noted, at the moment, Disney has not announced any alternative to the Magical Express, but aside from Mears’ solution, Brightline will also be expanding a high-speed train into Disney Springs in 2025 which can also be a viable transit option!

What is your favorite part about Disney’s Magical Express?