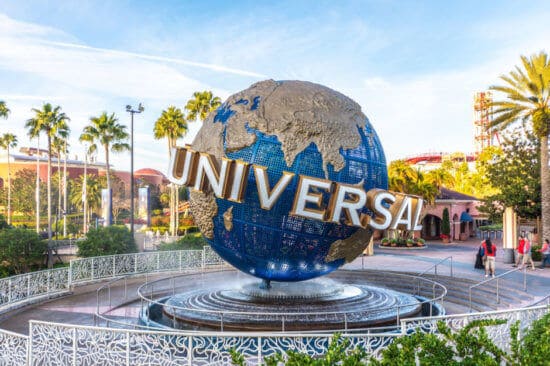 One of the absolute worst feelings is losing your credit card — and then feeling like you need to rush to cancel it in fear that someone will find it, or worse, steal it.

Well, it seems that that is a very valid reason to worry because one man has been using stolen credit cards to buy tens of thousands of dollars worth of Universal Orlando Resort vacations. The Orlando Sentinel reported that a man from Fort Lauderdale, Fredrick Lewis, has been using over 20 different stolen credit cards to purchase over $60,000 in Universal Orlando theme park tickets.

Lewis would purchase the tickets and then later exchange them for gift cards to use when at the parks. This reportedly began in 2018. The Sentinel shared:

Investigators with Universal first contacted Secret Service agents in June 2019 after noticing Lewis had booked several hotel and ticket packages at the resort since March 2018 using compromised credit cards, according to court documents.

Though Lewis used over 20 different numbers when calling into the Universal Reservation Call Center, he regularly gave Universal agents the same callback numbers belonging to him and his girlfriend, court records show.

A Secret Service agent found Lewis’ Facebook and Instagram profiles through his number and matched his voice in videos posted on social media to recordings of his conversations with Universal ticket agents, according to records.

In June 2020, while at Volcano Bay, Secret Service agents detained Lewis and took his phone while he was at Volcano Bay, Universal’s water park. It seems that once they did, they were able to see that Lewis frequented a website where people can buy stolen credit cards, which is, of course, illegal.

The article noted that “Lewis was arrested in Oregon Oct. 8 and pleaded guilty to the charges Jan. 6, records show.” Of the  $62,300 that was recorded as stolen, Lewis will need to pay back $30,780.82 to Universal Orlando as well as serve 37 months in prison, followed by a three-year supervised release.

So, it seems Lewis won’t be heading to Universal Studios Florida, Islands of Adventure, or Volcano Bay anytime soon.

That being said, just because Lewis is not going to be able to experience Universal again anytime soon, does not mean you shouldn’t! Purchasing tickets to Universal Orlando Resort is super easy, so much so that you can do it right now.

First of all, make sure that the credit or debit card you plan on using is your own. Then, all you need to do is head to Universal Orlando Resort’s ticket website, and pick which park you would like to visit. Once you do so, Universal will prompt you to select the number of days they are going, which park they want to go to, their desired ticket type, and finally, the date they want to visit.

Prices may vary depending on the day chosen, but the lowest cost would be $109.00 for Universal Studios and Universal’s Islands of Adventure and $80.00 for Volcano Bay. Annual Passes are also available for purchase on the site and if you want to avoid the computer, tickets can also be purchased in front of the parks, as well.

Please note that at the moment, capacity is limited to 35% due to the ongoing pandemic, so be sure to arrive early and check the capacity hotline to ensure you avoid disappointment.

Have you ever had your credit card stolen on vacation? Or anywhere else?

Comments Off on Man Steals Credit Cards to Purchase Over $60,000 in Universal Tickets