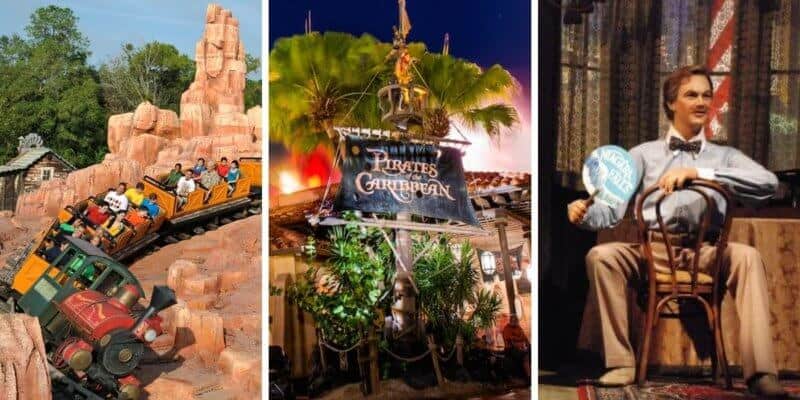 Magic Kingdom opened to Guests at 8 a.m. on Thursday, April 8, but it looks as though two attractions did not open up with the park. Additionally, another attraction began having technical difficulties just shortly after the theme park opened.

Carousel of Progress did not open up with the theme park at 8 a.m. and is still currently down. WDW Stats shared that an interruption on average takes 195 minutes.

If you have never experienced this iconic attraction, the official Disney description reads:

Another attraction, Big Thunder Mountain, did not open with the theme park — However, according to WDW Stats, it is now currently up and running after only a seven minute closure.

After looking at My Disney Experience, Big Thunder Mountain had a 50 minute wait as of 8:52 a.m.

If you never had the chance to ride Big Thunder Mountain, Disney describes this ride as:

And, just 20 minutes after Magic Kingdom opened, Pirates of the Caribbean had to close due to technical difficulties, which you can see in the Tweet from WDW Stats below. But since the original publication, the ride reopened after an interruption of 14 minutes.

Pirates of the Caribbean has been reopened after an interruption of 14 minutes. https://t.co/EeURlnhV4X #MagicKingdom #WDW #WaltDisneyWorld #DisneyWorld

After looking at My Disney Experience, Pirates of the Caribbean had a 45 minute wait as of 8:52 a.m.

This is not the first time Pirates of the Carbbean had experienced difficulties this week. As we reported on April 5, it was also experiencing downtime at park opening.

If you never had the chance to ride this iconic ride, the official description reads:

Inside the Magic will keep you updated as we get information surrounding these attractions at Magic Kingdom. Always be sure to check with a nearby Cast Member or open the My Disney Experience app for the most up-to-date wait times at Walt Disney World Resort.

Were any of your favorite Magic Kingdom rides down this morning?

This article has been updated since original publication to include the most up-to-date information.

Comments Off on Popular Magic Kingdom Rides Unavailable This Morning