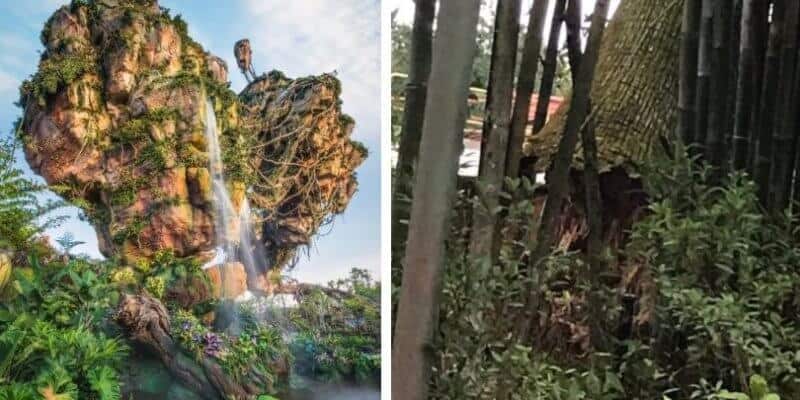 Florida is known for having some wild weather and that was true today as Guests had to deal with at least one downed tree and being rerouted at Disney World’s Animal Kingdom Park.

Twitter user, Ethan, shared some of the damage caused by strong winds.  In the picture, a tree can be seen almost ripped up by the trunk. He shared details about how Cast Members were dealing with the situation:

There’s a Tree down between Pandora and Discovery Island so Cast Members are routing people through Pizzafari.

There’s a Tree down between Pandora and Discovery Island so Cast Members are routing people through Pizzafari. pic.twitter.com/P7pZYa6WZT

Here is a closeup of the downed tree Ethan shared.  The wind must have been intense to take down a tree of that size!

Ethan also shared an image of the area that was being blocked off to keep Guests safe.  Guests were rerouted around the area through the Pizzafari restaurant to continue enjoying their Disney Parks day.

It seems that the wind also caused numerous problems with rides, as many attractions at Animal Kingdom were down throughout the day — WDW Stats noted that Kali River Rapids, Expedition Everest, and Kilimanjaro Safaris were all down at various points throughout the day.

YouTube account Virtual WDW also shared a video of the extreme wind as they walked throughout the Park:

This is not the first time high winds have affected Guests and Cast Members at Walt Disney World.  In September of 2019, Park Guest Erick Comellas shared a video of a Cast Member struggling not to get blown away with the large number of balloons he was holding.  The incident happened at Mickey’s Not-So-Scary Halloween Party at the Magic Kingdom.

The typical Florida hurricane season runs from July to November, so, while this windy weather is a little unusual for this time of year, it probably won’t be the last time we see extreme weather impacting operations at Walt Disney World.

Have you ever experienced extreme weather while at Disney World?  Let us know in the comments!

CLICK HERE to get started booking your magical Disney getaway!