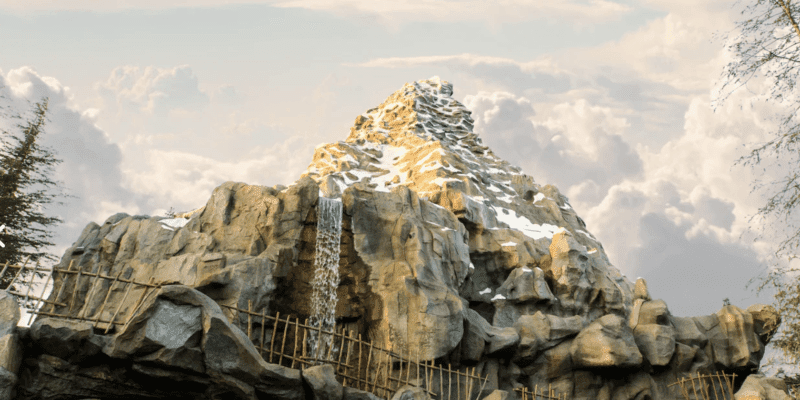 Related: Matterhorn Bobsleds Replica Is “Most Elaborate Backyard Coaster Ever”

Now, it seems that Disney Parks Guests who love this popular ride may get to experience it in a brand-new way — in movie form!

According to a new article from DisInsider, Walt Disney Studios is reportedly working on a film inspired by the Matterhorn Bobsleds ride. They shared:

The working title for the project is The Hill and Disney is currently in talks with writers for the film.

This project has been in early development limbo for over a decade, but we can now report that the feature film is being developed for Disney’s flagship streaming service, Disney Plus.

This leads to an important question, why now? If this project has been lingering for 10+ years, what sparked this renewed interest in a film based on a park attraction?

According to sources, Disney was overwhelmed by the extremely positive feedback focus groups gave the upcoming Dwayne Johnson and Emily Blunt action comedy Jungle Cruise. While Disney was confident the film would be well-received, the test audiences confirmed that they have a potential blockbuster franchise on their hands. Giving Disney Pirates of the Caribbean vibes, rather than the less than successful theme park based films, like 2002’s Country Bears.

It is important to note that Disney has not confirmed that this movie is actually going into production, so for now, the reported Matterhorn Bobsleds movie remains a rumor. If, however, the film comes to fruition, it would undoubtedly be a thrilling adventure for both the cast and moviegoers.

The real Matterhorn — a mountain in the Swiss Alps — is notoriously challenging to climb and could, potentially, serve as part of the story in a film based on the attraction.

Perhaps, for example, the movie would detail a group of mountain climbers who found themselves trapped on the actual Matterhorn, with a wild ride — figuratively and literally — ensuing. This is, of course, pure speculation, but would certainly be an exciting premise for a Disney Parks-based movie.

In other Disney movie news, another attraction-inspired movie has just found its director. The upcoming Haunted Mansion movie — no, not the Eddie Murphy one — will be directed by Justin Simien (Dear White People, Bad Hair, Star Wars: Lando).

What do you think about a Matterhorn Bobsleds movie?

If you’d like to ride the Matterhorn in real life, go for a ride on the Disneyland Monorail, or visit a galaxy far, far away at Star Wars: Galaxy’s Edge, remember that Disneyland Park and Disney California Adventure Park are officially reopening to Guests on April 30. Remember, a valid park reservation and theme park ticket are necessary for entry. For more information about visiting Disneyland Resort, contact Academy Travel for help with every magical detail of your next Disney Park vacation!