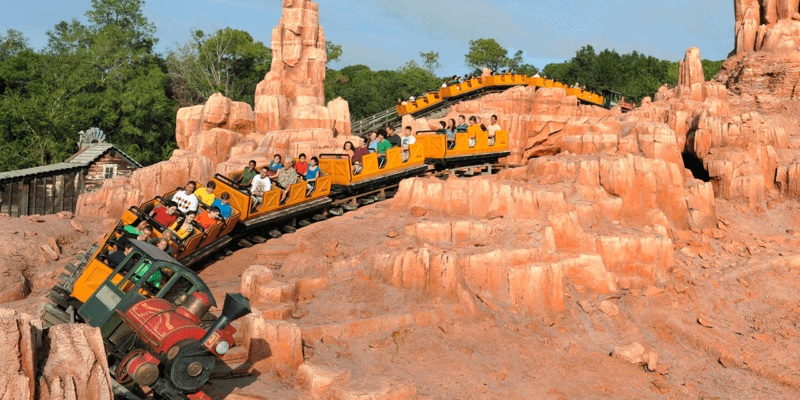 If you are heading to Magic Kingdom today, you may not be able to ride one of the most popular coasters that the park has to offer!

At Disney World, it is quite common to see attractions close down during park hours due to mechanical or operational issues. Typically, in situations where the attraction temporarily closes and was not scheduled for a refurbishment, Guests can see the attraction reopen shortly. Walt Disney’s Carousel of Progress and The Haunted Mansion have both experienced situations like this recently.

But, at times, these temporary closures can last days, as we saw at the start of the year with Rock ‘n’ Roller Coaster Starring Aerosmith at Disney’s Hollywood Studios.

Today, it seems like the popular Adventureland attraction Big Thunder Mountain Railroad has been closed for quite some time now. According to WDW Stats (@WdwStats) on Twitter:

Later on, the attraction reopened after a closure of over two hours.

On Easter Sunday, I personally saw that, for a moment, the attraction ended up getting stuck on the tracks and stopped moving completely. The ride was able to get up and running shortly, but it seems that there may be a possible ongoing issue if there have been multiple incidents in the past few days. That being said, Disney has not announced anything regarding the attraction’s closure.

If you want to hop on the wildest train in the wilderness today, be sure to keep yourself in the loop with the My Disney Experience app, which will update the attraction’s closure and opening status accordingly.

But, while we can’t ride the bumpy railroad, we can take a look at the attraction’s description!

How Scary Is it?
Big Thunder Mountain Railroad is a fast roller coaster-type attraction designed for kids and adults. However, some parts of this attraction are bumpy and, in some instances, take place in the dark.

What ride would you never want to see “Temporarily Closed” when you visit Disney World?

This article has been updated since it originally published.