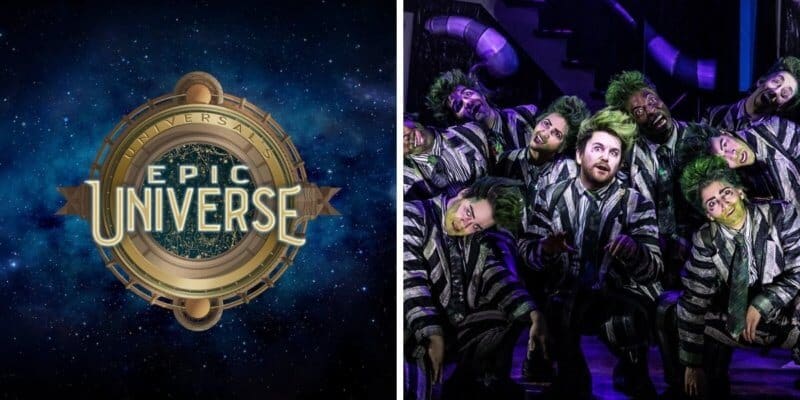 Universal Orlando Resort is a fantastic theme park because it combines classic IPs with new ride technology, bringing in nostalgia while still having state-of-the-art attractions and entertainment that bring in Guests from around the world.

That being said, there have been many classic attractions and shows that have been removed from the theme parks. Universal Studios Florida removed Beetlejuice’s Graveyard Revue to add Fast & Furious – Supercharged to the park. Guests were sad to see the show that featured not only Beetlejuice, but Frankenstein’s Monster, Bride of Frankenstein, Dracula, and Wolfman come to an end.

Epic Universe is Universal Orlando Resorts the newest theme park that is currently being built near ICON Park in Orlando, and although there is not too much released on the theme park as of yet, there has been heavy speculation as to which lands will be coming to the theme park, and a popular rumor is focusing on Universal Monsters. It seems that from the concept art, in the section that many Universal fans speculate to be themed to Universal Monsters, that there may be a theater being built.

Speculatively, let’s discuss a world where Beetlejuice could return to a theme park! Beetlejuice the musical opened on Broadway in 2019 at the Winter Garden Theater, and through TikTok, instantly built a huge fandom. From having a set worth $5 million to extremely catchy songs like “Dead Mom” and “Say My Name”, to a fantastic cast that would receive stand ovations every night, the show was a hit to many, but still, unfortunately, had a closing date.

According to Playbill, these were the Broadway cast members that brought the show to life, and although it would be unlikely to see them return to the show in a theme park setting, a Broadway lover can still dream!

That being said, the show still has a huge following, with many fans wishing it would come back to life. In the past, we have seen Disney bring Broadway-level performances to their theme parks and cruise lines, so maybe Universal could do the same! Personally, I think it would be fantastic to see Beetlejuice the music brought to Epic Universe in a reduced capacity to still allow Guests to enjoy their day at the theme park. It would bring Broadway lovers to the park, as well as create a musical unique to Universal Orlando Resort, which is not something we have truly seen the theme park do in the past.

The New York Times and Variety even raved about the show calling it a “jaw-dropping fun house”:

It’s official! “THE WHOLE WORLD LOVES BEETLEJUICE” (New York Post). Based on Tim Burton’s dearly beloved film, this hilarious new musical tells the story of Lydia Deetz, a strange and unusual teenager whose whole life changes when she meets a recently deceased couple and a demon with a thing for stripes. With an irreverent book, an astonishing set, and a score that’s out of this Netherworld, BEETLEJUICE is “SCREAMINGLY GOOD FUN!” (Variety). And under its uproarious surface (six feet under, to be exact), it’s a remarkably touching show about family, love, and making the most of every Day-O!

Knowing what a hit the show was and continues to be even a year after its closing, would make it an ideal candidate for a big musical at Universal if the theme park ever chose to move in that route.

All of this is currently speculation and just a personal opinion from someone who saw the musical and loved it. Maybe if we say “Beetlejuice” three times… it will happen!

Would you like to see a Beetlejuice musical come to life at Epic Universe?