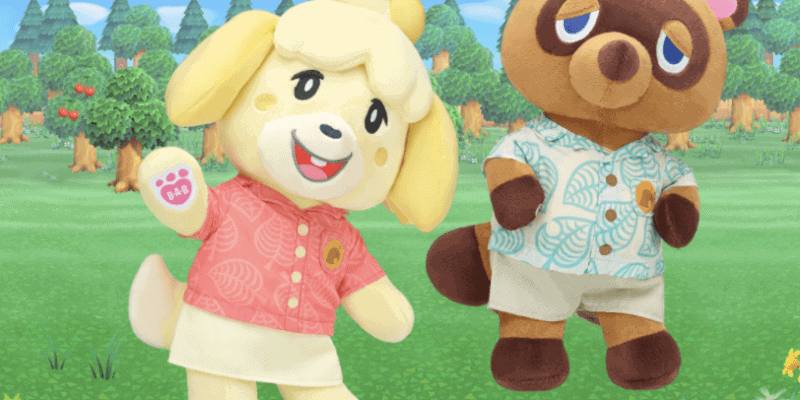 If you are a fan of Animal Crossing, you may already know that Build-A-Bear is creating adorable fillable stuffed toys from the Animal Crossing: New Horizon game, and if you want one, you may be waiting over an hour just to get the pre-order.

As we previously reported, Build-A-Bear announced that they would be creating a collection for the highly popular Nintendo game, after many customers continuously kept asking for the stuffed animal to become available. Now, Nintendo and Animal Crossing fans can log in to Build-A-Bears virtual queue to try and purchase a bear and hang with it in Cozy Grove.

Related: A Disney-themed Nintendo Switch is coming to Japan

We’re excited for you to make your Animal Crossing™: New Horizons collection!

Here are a few reminders while you wait:
Pro-Tip: Sign up for email notifications below to be alerted when it is your turn!
Make checkout easy! We recommend you log in or create a Build-A-Bear Bonus Club account when completing your purchase.
Allow up to 8 business days for your order processing.
Entering the waiting room doesn’t guarantee that you’ll be able to buy the Animal Crossing™: New Horizons collection today.

The photo displayed showcases both Isabelle and the classic Tom Nook in their best island garb, just as seen within the game. Although Build-A-Bear never announced what characters would be in the collection, we now know that these are officially the two options that Animal Crossing fans can choose between.

When Build-A-Bear creates specific releases, as we have seen with the ‘Winnie the Pooh’ collection, as well as ‘Baby Yoda’, fans often jump at the chance to make the purchase. Now, seeing that customers are waiting over an hour just to get the chance to purchase an Animal Crossing Build-A-Bear just shows that this collection is likely heading toward the same success as others have had in the past.

Are you planning on ordering an Animal Crossing Build-A-Bear?