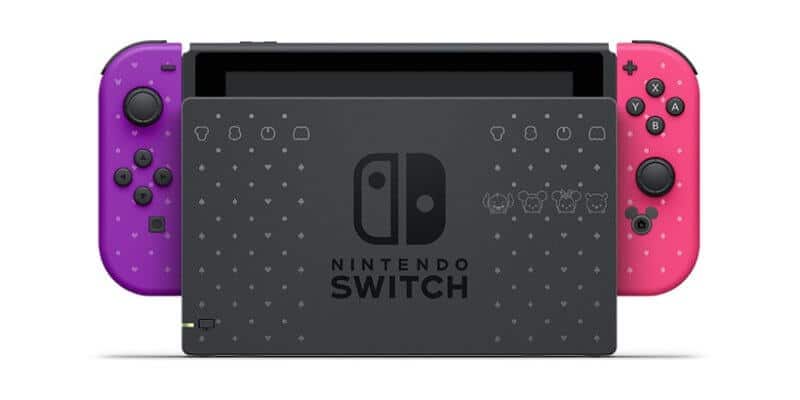 Are you a Disney fan looking to upgrade your Nintendo Switch? A trip to Japan may be in your future.

Nintendo recently announced that on October 10, an all-new Japan-only model of the Nintendo Switch will be released to go with the all new Tsum Tsum game set for release on the same day. Inspired by Disney’s Tsum Tsum line and it’s accompanying game, Tsum Tsum Festival, the new console also includes software and some DLC for the game and is sure to be a hit for Disney and Tsum Tsum fans alike.

The new hardware comes not only with bright pink and purple backdrops with polka dots and the Tsum Tsum-designed dock, but also uniquely Disney touches like Mickey Mouse ears added to the controller’s Home button and Tsum Tsum Joy-Cons (which begs the question, why can’t every controller just add a touch of Mickey ears? We certainly wouldn’t complain!).

We’ve recently noticed a trend where select Disney Parks merchandise has been making its way into U.S. shops and Disney’s official website and app from the Tokyo parks, but for something produced by Nintendo like this it seems less likely that we’ll be seeing this Japan-exclusive stateside. Still, fingers crossed that the launch of this Disney/Tsum Tsum Nintendo Switch just means we’ll (perhaps slowly but surely) start seeing more themed items like this with products from around the world.

If you’re hoping to pick up the new Tsum Tsum Nintendo Switch for yourself, you’ll want to save up ¥36,000 or $330, PLUS the cost of your airfare! Free Wi-Fi and an all-new digital FastPass system did just debut at Tokyo Disney Resort, so really what better time to go and try it all out with your new Nintento Switch!

Do you love this new design for the Nintendo Switch? Got your plane tickets yet?! Let us know in the comments or share what designs you’d like to see next!