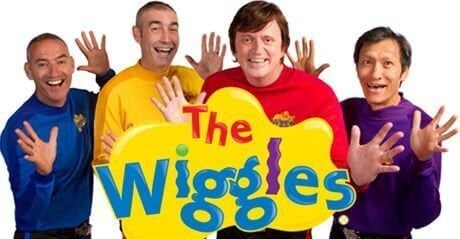 One of the more popular shows that families loved to watch was The Wiggles.

Not only did The Wiggles have their own television show of the same name, but they were a band who traveled across the country on tour to bring music to kids and families everywhere. And, if you were a fan of this famous band, I bet you know of their smash hit, “Fruit Salad”. (Yummy Yummy).

Well, get ready for some nostalgia because The Wiggles, who are still performing with some of the original band members, have just released a cover of “Elephant” by Tame Impala — except they mashed it up with that famous hit, “Fruit Salad”, from 30 years ago!

??the wiggles did a cover of Elephant by tame impala this is not a drill ?? pic.twitter.com/7QQt3dJ11Z

Related: Disney+ doesn’t have all the films you want? Just make a request online!

And, on their official website, they announced that in order to commemorate the milestone of 30 years, they are releasing a brand new single titled “We’re All Fruit Salad”:

More on The Wiggles

The Wiggles was a Playhouse Disney show that featured the band of the same name. It ran from 2002 to 2009 with original members Anthony Field, Phillip Wilcher, Murray Cook, Greg Page, and Jeff Fatt. In 2006, Page had to retire due to ill health and he was replaced by understudy Sam Moran. In early 2012, Page returned, replacing Moran, but by the end of 2012, Page, Cook, and Fatt all retired.

But, The Wiggles are still touring and making new music to this day — 30 years later! The Wiggles describe themselves as:

The Wiggles have been entertaining and delighting children for decades. There must be few children’s entertainers who can make the same claim. While the original line-up has changed, their popularity continues and the reason for this is simple. They see things from the perspective of the child. It is the basic tenet that informs their work. Because their performances are developmentally appropriate for their young audiences, they continue to attract and involve those audiences.

Three of the original Wiggles, Anthony Field, Murray Cook and Greg Page met at Macquarie University in Sydney, Australia, where they were studying to be early childhood educators. A common interest in music, together with their professional interest in early childhood, led to them developing a CD of children’s songs that would, they hoped, be a useful addition to those already in the market. At the same time Anthony was involved in a pop band, The Cockroaches and persuaded a member of that band, Jeff Fatt, to be part of the new project. That first CD was an immediate success and led to another and another, to videos, DVDs, television series and live shows that have established the group’s reputation as first class entertainers of young children across the world.

The Wiggles work continues to be based on current thinking in early childhood development and learning. Children need opportunities to develop a sense of their own identity, to become connected with their world and to contribute to it, to develop a strong sense of wellbeing, to become confident and involved learners and effective communicators. The Wiggles are well aware of these desired outcomes and keep them in mind as they plan and perform.

The Wiggles understand that children learn best through play and seek to provide appropriate frameworks for learning that builds on this approach to learning. They engage children in a partnership and, recognising the importance of pro-social learning, remain vigilant in ensuring that the values they present work for children, not against them. Violence is shunned. Dangerous activities (that children might be tempted to copy) are never modelled. Health and safety issues are important. Helping others is a prominent feature of their work. Supporting and assisting those in trouble is stressed. The contributions of other characters are always recognised and acknowledged. A natural politeness is a feature of all interpersonal interactions. In other words The Wiggles demonstrate the importance of developing and fostering relationships. They, together with families, carers and other significant people, become co-contributors to the lives of children.

The Wiggles appeal is international for they value and respect children. Because the material they present continues to focus so precisely on children’s interests and needs, their success seems well set to continue into the future.

Were you a fan of The Wiggles or their television show? Did this video bring you nostalgia? Let us know in the comments below.